The wildly imaginative, virtuosic Turkish singer Cansu Tanrıkulu launched this multi-generational Berlin project in 2018 with two fellow expats living in Berlin. Bassist Greg Cohen is known best for his long-term membership in John Zorn’s Masada, but his versatility stretches far, while saxophonist Tobias Delius is a crucial member of Amsterdam’s ICP Orchestra. Together they limn and jostle Tanrıkulu’s kaleidoscopic singing, which toggles between sultry balladry, swooping extended technique, swing-based phrasing, and new music rigor. She wrote lyrics in advance for a few of the pieces from the trio’s brand new debut album “Kantoj de Fermiteco” (“Songs of Closed Spaces” in Esperanto), but more often than not she summons both words and melody spontaneously, and her adroit partners respond with quicksilver grace and immediacy. Cohen and Delius are rooted in post-bop fundamentals, immediately picking up on changes and forms suggested by one or the other, while Tanrıkulu gamely keeps one foot in the tradition while using the other to knock down any stylistic wall that gets in the way. For this special performance, the trio will be joined by special guest guitarist Marc Ribot, another seasoned, sui generis improviser who has worked often with Cohen dating back to their days playing with Tom Waits in the mid-1980s. 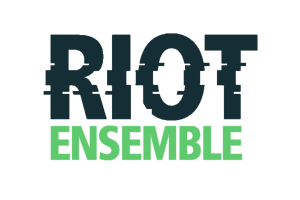