Madosini / Cara Stacey / Lungiswa Plaatjies
Musical bows are traditional instruments that occur in different forms in a variety of cultural contexts in Southern Africa. A large string, originally made from animal gut or hair, is affixed to a curved wooden bow. The string is struck with a beater made from tambookie grass, and its vibrations are amplified with a hollowed gourd serving as a natural resonator. In some ways, the instrument resembles the Brazilian berimbau. For this unique presentation, three generations of bow players from Southern Africa – the xhosa storyteller and local legend Madosini, the versatile connoisseur and exponent of traditional South African music Lungiswa Plaatjes, and the Swaziland-based musicologist, musician and composer Cara Stacey – who are all multi-instrumentalists and, each in their own way, devoted to preserving the musical heritage of their region – perform together for the first time in a specially commissioned work. Their live performance will be preceded by a 15-minute video documentary about Madosini, featuring the brilliant jazz pianist Nduduzo Makhathini – who performs solo at Jazzfest Berlin on Sunday – and Sisonke, a healer from the musician’s home village, serving as interlocutors.

Maurice Louca’s Elephantine
Egyptian multi-instrumentalist and composer Maurice Louca is a voracious musical polymath with an eagerness to explore a seemingly endless profusion of unexpected hybrids. He works closely with Berlin’s expat Arabic community, lending sinew and bone to projects like Karkhana, Raed Yassin’s Praed Orchestra!, and the Dwarfs of East Agouza. Among his varied interests is jazz, which his Elephantine project delves into with paradigm-shifting élan. Louca’s diverse array of European collaborators helps him achieve a bracing marriage of Arabic modes, post-bop fundamentals, and kaleidoscopic textures, with a sound that only indirectly references its foundation. Louca’s driving guitar and the punishing beats of Italian drummer Tommaso Cappellato inject the energy of rock into many of his winding melodies, providing a sturdy armature for his top-light crew of improvisers to sculpt sound. In the Berlin premiere of Elephantine the percussive force of Cappellato, Turkish drummer Özün Usta, and Italian vibraphonist Pasquale Mirra offer a broad canvas for the ensemble’s four horn players to embroider. In other tunes there’s a patience and space that reveals the leader’s knack for dynamic shifts and humid atmospheres.

São Paulo Underground: “Ping Pong”
During an extended residence near Brazilian Amazon in the early 2000s, the Chicago cornetist and composer Rob Mazurek formed this elastic alliance with two of São Paulo’s most eclectic and flexible musicians: percussionist Mauricio Takara and keyboardist Guilherme Granado. Working together for more than a decade, the trio has achieved a sublime synthesis of various traditions, whether the investigative global jazz pioneered by Don Cherry or the street rhythms of Pernambuco. The music is guided by a nifty conflation of terse melody, rich layers of electronic textures, and modern cadences including hip-hop breakbeats or sashaying samba grooves, imbued with a wide-open improvisational practice that enables all manner of sly code-shifting. The group was part of the heady mash-up of ensembles performing as part of Mazurek and French guitarist Julien Desprez’s T(r)opic at the 2019 Jazzfest Berlin’s Late Night Lab, and has recently reaffirmed its love for collaboration with “Saturno Magico”, a recording made with Tupperwear, an experimental duo from the Canary Islands. The music is guided by a spirit of generosity and spontaneity, with passages of heart-felt lyricism running smack into absurdity, capturing seemingly incongruous moods in a single, unified attack.

This concert is part of Jazzfest Berlin – São Paulo 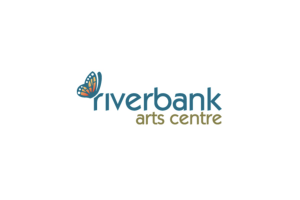