Ryan McMullan: DEBUT follows up and coming singer songwriter Ryan McMullan as he prepares to release his debut album, a major staging post in any artists’ career.

The film is centred around a 4-day recording and listening session in Cruit Island, County Donegal at the end of 2019, an opportunity for Ryan and his team to assess all the songs competing for a place on Ryan’s album, a potential breakthrough moment in his career.

Against this majestic landscape, we get to know the film’s key players – the film’s principal, Ryan McMullan and his artist and mentor Foy Vance, and manager/drummer Paul ‘Hammy’ Hamilton. They are also joined by producer Eoin O’Callaghan (Elma Orkestra) who has been drafted in to lend a fresh pair of ears to the album tracks as the film plunges us head first into the creative process, in sequences underpinned by Ryan’s songs and a growing appreciation of his song writing and vocal ability.

Between these ‘album’ sequences, we thread back in time to colour in the key stepping stones of Ryan’s career to date; his first meeting with Foy Vance in Washington and how he connected with long term collaborators Hammy and Foy as his management team, his support tour with Ed Sheeran and his growing links to leading Northern Irish band Snow Patrol and their lead singer, Gary Lightbody.

As this beguiling portrait of an emerging artist unfolds to its natural climax of Ryan’s album release, it is derailed by the Covid 19 pandemic. Unable to promote his new album with a major tour it makes no sense to release the album at all until the gloom of the pandemic lifts.

The film leaves Ryan at a crossroads. Waiting, like the rest of the world, on what might be next. Ryan McMullan: DEBUT is a a study in talent and dedication, about following one’s dream wherever it may take you.

This is no quick fame X Factor wannabe story. This is the real thing. And the film will leave you rooting for Ryan McMullan in the hope that his debut album – once released - will lead him to bigger and brighter things. 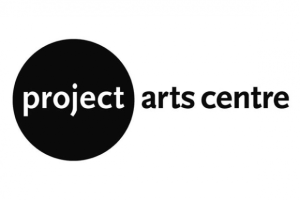