Curtain up for a visit to the theatre in the company of a lecherous law-maker, an amorous toreador, a haunted wife and a mischievous troublemaker for two brilliant ballets, an opera and the distinctive accent of zarzuela from three of Spain’s most compelling composers.

Suffused with infectious melodies and shot through with wit and humour, Manuel de Falla’s exuberant The Three-Cornered Hat depicts a lascivious magistrate’s attempts to seduce the faithful wife of a crafty miller. All three protagonists are brought brilliantly to life in music drawn from traditional folk tunes from the regions of Murcia, Navarre and Falla’s native Andalusia in southern Spain.

Enrique Granados’s last opera, Goyescas, pays homage to the city of Madrid and to the Spanish romantic painter and printmaker Francisco Goya in a passionate, poetic tale of love, jealousy and murder involving a beautiful girl, a smitten army officer and an amorous toreador. A last-minute addition to the score, its Intermezzo ebbs and flows with melting heat and boasts a dark-hued beauty caught radiantly in the upper strings of cellos.

A ballet about a widow prevented from finding new love by the ghost of her dead husband, Falla’s Love the Magician also takes its musical inspiration from Andalusia to memorably blend the melodic and the macabre. Adding authentic Spanish glamour and excitement, singer and dancer Rebeca Sanchez joins to lend a flash of flamenco vitality in all its passionate vibrancy and alluring romance.

Evocative, exotic, excitable and often exquisitely beautiful, its celebrated Ritual Fire Dance was famously recorded by jazz supremo Miles Davis as ‘Will o’ the Wisp’ on his ground-breaking album Sketches of Spain.

Ruperto Chapí was a prolific composer of zarzuelas, a potent Spanish theatrical style that fuses opera-like arias, popular songs, the spoken voice and dance to spellbinding effect. The Prelude to La Revoltosa (The Troublemaker) is a thrilling display of colour and heat, haunting romance and heightened drama, all vividly conjured by intoxicatingly atmospheric orchestral writing. 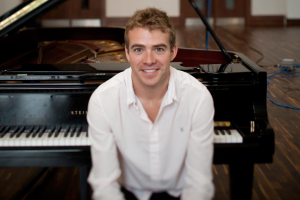 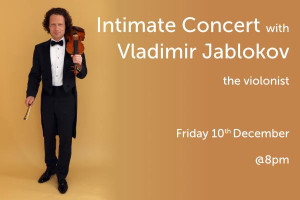