Iona Sound play folk material connecting Finland, Sweden, Norway, Scotland and Ireland. The music follows a line running from Northern Scandinavia, down through the Great Glen of Scotland, through the island of Iona, across to NW Ireland.
Using Long Dances, Lullabies, Waltzes, Reels, Jigs and Airs, Iona Sound re-harmonise the music, letting it breathe, encouraging the listener to drift off into thoughts of what lies “North East of here…”

Rory Pierce has worked as a professional composer, performer, producer and educator for decades, writing original music for feature films, shorts, documentaries, TV shows, dance performances, theatre and radio. As a performer, he co-created the ground-breaking ensemble Cuillin Music with Martyn Bennett. He has also performed, toured and recorded with many mainstream artists, such as The Divine Comedy. He is a founder member of the multi-award winning Grit Orchestra, playing arena shows with some of the finest musicians in the UK. As an educator, he has been central to the creation of some of the most exciting music-writing courses in Ireland, at modern music institutions such as BIMM, Pulse College and Griffith College Dublin.

Best known for his delicate and soulful touch on the piano, Max’s playing is influenced by Folk traditions, Gospel, Blues & Jazz, and driven by a general love of rhythm, harmony, melody & improvisation. With two critically acclaimed albums of songs, he has played and written with many artists including Tom Baxter, Liam Ó’Maonlai (Hot House Flowers), Iarla Ó’Lionáird (The Gloaming), Mik Pyro (Republic of Loose), Jack L, Vyvienne Long, Jerry Fish, Albert Hammond, Adrian Crowley & Gerr Walsh. His music has been used for TV productions, and he has played live on Later with Jools Holland.
Max also teaches privately and at BIMM Institute, Dublin, where he has developed Lecturer-modelled, collaborative, and social media-supported learning approaches, creating strong engagement.

Brid studied violin, piano and composition, including professional studies with Maeve Broderick, at the Royal Irish Academy of Music. She has won several awards and scholarships and has performed both on the national and international platforms. Originally classically trained, Brid is also influenced by traditional, folk and jazz styles and continues to expand her musical horizons performing with groups of all genres. 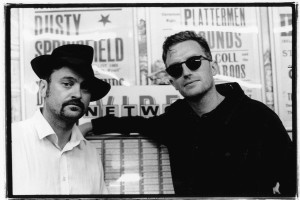