T.S. Eliot’s The Waste Land was written in the wake of the catastrophic upheavals of the First World War and the Spanish Flu. 100 years on, this new programme is inspired by his ground-breaking poem, desolation gradually replaced by renewal in an outpouring of music and poetry written in the last year - and mindful of David Attenborough’s ‘witness statement’ plea to Re-Wild.

“A heap of broken images, where the sun beats,
And the dead tree gives no shelter”

The shadowy world of the Tenebrae Responsories by Spanish master Victoria - sung at their rarely heard but intended lower pitch - is present throughout the programme. Also from the late 16th century, William Byrd’s Deus, venerunt gentes chillingly describes a land wasted through intolerance.

Out of this flow further world premières by Joanna Marsh. Her Four ReWildings set poetry written in the last year including ‘Metachoral in Blue’. And reflecting Indian motifs in ‘The Waste Land’, Shruthi Rajasekar’s ‘Rebirth of a River’.

“What are the roots that clutch,
what branches grow out of this stony rubbish?”

50 years before T.S Eliot’s ground-breaking poem, Manley Hopkins’ sonnet ‘God’s Grandeur’ offers hope that ‘…and for all this, nature is never spent.’ This is sung in Leighton’s rapturous setting while Joanna Marsh takes up John F. Deane’s response to it, ‘The world is charged’, challenging us to contemplate our own reaction to recent times.

As Eliot concludes his poem with a request for peace but no easy way to create it, Re-Wilding The Waste Land avoids a simplistic response. Instead, old and new music and poetry mirror the cycles of creation, encouraging reflection and hope.

“I will show you fear in a handful of dust” 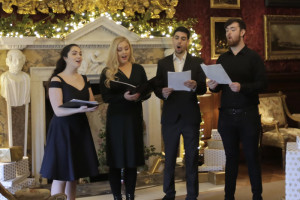 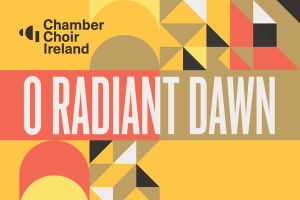