Iona Zajac is an Edinburgh born singer and multi-instrumentalist. Her roots are in the traditional Scottish music scene, where she grew up singing and playing the clarsach harp, while her more recent self-penned compositions speak of the sublime in the everyday. In June 2021 she moved to Dublin, where she has been recording, writing and performing - reimagining traditional Scottish and Irish songs as darkened musical landscapes, and developing her collection of original material.

Probably best known as one-quarter of Dublin group Lankum, Daragh Lynch has been involved in an array of creative and political projects in the city since the early 2000s. From punk, metal and shock-rock cabaret outfits (Cat O’Nine Tails, Knife At A Gunfight, Fuck You Written In Shit), to an unruly pan-American tour with sibling folk-punk duo Lynched, and the many late-night trad music and singing sessions back home which eventually led to the formation of Lankum, he has always thoroughly enjoyed the opportunity for unpredictability, chaos and adventure that only music can bring.

For this concert, Zajac and Lynch will be showcasing their solo material, as well as some of the pieces they put together for a collaboration recorded in Dublin in 2021. Originally intended as a short piece to be included on a compilation album released by London folk collective Broadside Hacks, the project soon developed into a number of extended sections of music recorded at Chris Barry’s Ailfionn Studio, including a 7-minute version of the violent Scottish ballad ‘The Four Marys’ and an extended instrumental outro for ‘The Burning of Auchindoun’, another traditional Scottish piece soaked in blood and treachery.

The much-anticipated Tradition Now returns in 2022 with two editions – the first in June. From electronica to dark folk balladry, to trance influenced innovations, the festival shines a light on the new in flourishing traditional music and folk scene. 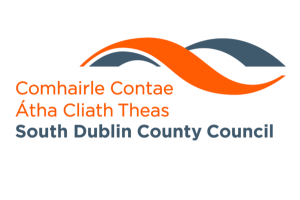