Darragh Morgan, one of the most highly regarded interpreters of contemporary music, will give the Irish concert premiere of Pierre Boulez’s “Anthèmes 2”, a seminal work for solo violin and electronics, in which the computer literally “follows” Darragh’s performance in real-time and renders a live accompaniment. Boulez’s masterwork is twinned with Frank Lyon’s recent commission “Spin 2” commissioned by Darragh Morgan, the work follows similar development to Anthèmes 2, having undergone revisions and addition of an electronic part.

Ever since the late 1980s, when computers became fast enough to keep up with live performance, composers have written for acoustic instruments augmented with digital electronics. Pierre Boulez is no exception. As the first director of Paris’ IRCAM research centre for electroacoustic music (from 1977 to 1992), he has greatly influenced the development of music with live electronics, and they feature in several of his works of the 1980s and after. ‘Anthèmes II’ (1997), for violin and electronics, provides a good example of his style and methods. The first thing to note is that there is no ‘Anthèmes I’, as it were. Anthèmes II is based on a solo violin work that Boulez composed in 1991 for the Yehudi Menuhin Violin Competition. Lasting around 9 minutes, Anthèmes is a challenging text of a performer’s skill in managing different instrumental timbres, as well as giving shape to an endlessly inventive series of runs, trills and flourishes.

Anthèmes II is still for violin. The shape of the piece is basically the same, with the same events in the same order. But with the addition of live electronics Boulez has stretched it to twice its original length.

All of the music heard on the electronic track is generated in real time; none of it is pre-recorded. More crucially, in terms of the technical innovations of the piece, all of it is cued up and synchronised by the computer, which analyses what it hears the violinist playing to ‘follow’ the score itself and trigger the right sounds or effects at the right moment. (In 1997 this was cutting edge stuff, using technology and expertise that had been built up at IRCAM over two decades.) Phrases and gestures are ornamented and elaborated, the violin is split into multiple copies of itself, or smeared into chords, or its sound is transformed into rushing wind or drops of rain. What in the original were single pizzicato plucks are splintered into many tiny points of sound; trills bloom into great reverberant spaces. It is as though the solo piece has been placed inside a hall of mirrors, each one reflecting a differently distorted version of the original. 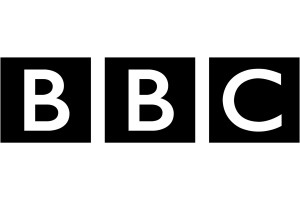