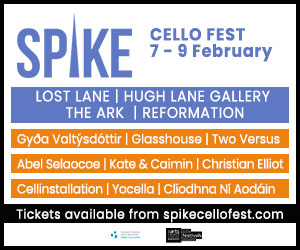 Jack L and his band - Live

Jack Lukeman returns to Cork with his New Year’s Eve Extravaganza, a spectacular night of music with his amazing band and supports.
Tuesday 31 December 2019.
8pm
€30*

Jack Lukeman and his Band returns to Cork city for his New Year's Eve Spectacular in Cork Opera House. Jack’s New Year's Eve shows are now legendary in the rebel county. The show features his most celebrated songs from his multi-platinum number 1 selling albums like '27 Club', 'Magic Days' and 'Metropolis Blue'.

New Year's Eve will feature songs from Sinatra to The Rolling Stones to originals such as 'King of Soho' and 'Georgie Boy'.

Lukeman is a number 1 platinum-selling, a critically acclaimed artist who continues to win a worldwide fan base with his unique voice and adventurous live shows. Jack has toured as a special guest recently with artists such as Sting, Imelda May, Jools Holland, The Proclaimers and Aero Smith to name but a few.

What the critics have to say:

'Lukeman's voice is powerful and fluid. His range is impressive, from the deep baritone resonance of When The Moon Is High to the aching falsetto of the magnificent Rooftop Lullaby'. - Hot Press Magazine

'As with all great shows, it's over too soon' - Edinburgh Evening News

'What a voice - what a performer!' - The Los Angeles Times Concert
5 February
Reeling in The Showband Years 2020
The Civic, Tallaght