Brilliant Corners: a Festival of Jazz in Belfast

It’s been a weird one for obvious reasons, and to be honest we struggled to get excited about an online festival…but then the videos started coming in.

Filmed in New York, Paris, Amsterdam, Berlin, London, Dublin, Maghera and Belfast, we are absolutely blown away by the creativity and effort that has gone into each recording. Thank you everybody involved! 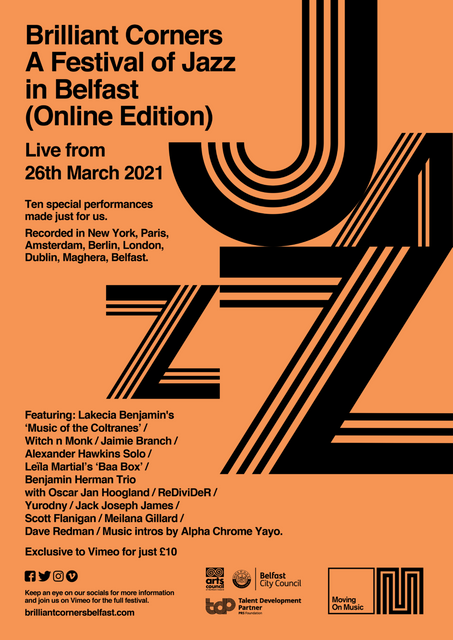