The twelve school music groups (six primary and six post-primary) selected to perform in the 2020 Waltons Music for Schools Competition Finalists Concert on 23 March in the National Concert Hall will be announced by Liz Nolan on RTÉ lyric fm’s The Full Score programme (1 – 4 pm).

Produced by Waltons New School of Music and generously supported by RTÉ lyric fm, the Waltons Music for Schools Competition is a non-profit national event celebrating and supporting music in Irish schools.

All primary and post-primary schools in the Republic of Ireland are eligible to enter this annual competition, and since it began in 2012 schools from all 26 counties have participated.

The Competition’s objective is to promote the enormous benefits of creative music making for young people. Its open nature offers schools the opportunity to think and work creatively in any genre (or genres) of music and with any combination of students, developing an original musical project that has learning potential at every stage of the process.

Each year’s Competition culminates in a gala Finalists Concert at the National Concert Hall, in which twelve Finalist school music groups (six primary and six post-primary) perform before their peers and two distinguished adjudicators.

At the end of the Finalists Concert, the adjudicators announce six winning primary and post-primary schools, which receive awards totalling €7,000 worth of vouchers for musical instruments and equipment from Waltons Music Ireland, including two First Prizes of €2,000 vouchers.

Schools form an instrumental, vocal or mixed music group of up to 40 members, made up of current students in the school.

The group develops a piece or song, no more than five minutes long, that addresses the year’s Competition theme. The piece or song can be in any music genre (classical, traditional, rock/pop, musical theatre, jazz, world, etc.) or combination of genres, and it can consist of existing or original material. This year’s theme comes from Hans Christian Andersen, ‘Where words fail, music speaks’.

Schools submit an online entry form and send a video of the group’s performance and a jpeg photograph of the group.

The initial entries are judged by a team of first-round adjudicators, and twelve Finalists (six primary and six post-primary) are selected.

The Finalists are announced by Liz Nolan on RTÉ lyric fm.

The twelve groups perform in a Finalists Concert at the National Concert Hall, and the six winning schools are announced at the end of the concert.

About the Waltons Music for Schools Competition 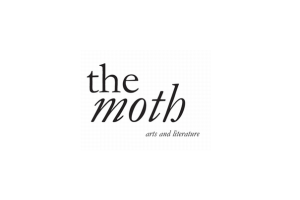