The MENUHIN COMPEITION LONDON 2016 opens for entries today, calling exceptional young violinists worldwide to apply. The 22 April 2015, would have been legendary violinist Yehudi Menuhin‘s 99th birthday - and his legacy lives on with the exceptional talent that will be on display when the world’s leading violin competition for players under 22 years returns to London in April 2016.  Mayor of London, Boris Johnson says: “It’s wonderful that the prestigious Menuhin Competition is coming back to London in 2016, the centenary year of the great maestro. This exciting showcase of some of the best violinists from across the globe will be a feast for music fans.“

Artistic Director Gordon Back says: “Five of this year’s nine jurors are former Menuhin Prize winners and internationally acclaimed performers; they are testament to the difference this competition can make to a young musician’s life.” The jury of world class soloists is chaired by American violinist Pamela Frank; and former laureates on the jury are Julia Fischer, Ray Chen (who will also be the youngest ever juror of the Competition), Tasmin Little, Ning Feng and Joji Hattori. Menuhin’s son, pianist Jeremy Menuhin, Korean violinist Dong-Suk Kang and director of the Verbier Festival Martin Engstroem complete the line-up.

Prize Winners of the MENUHIN COMPETITION LONDON 2016 will immediately find themselves centre stage performing at several major international classical music festivals including the Homage to Menuhin festival of the Konzerthaus Berlin, playing three concerts with the Konzerthaus Orchestra in late April 2016. In addition to cash prizes, the Senior 1st Prize winner will receive a 1-year loan of a golden period Stradivarius by J&A Beare and the 1st Prize Junior winner receives a 1-year loan of a fine old Italian violin by Leonhard’s Fine Violins.

To celebrate the Centenary of its founder, repertoire for the MENUHIN COMPETITION LONDON 2016 is themed around works closely connected with Yehudi Menuhin, from Bela Bartok’s notoriously difficult solo sonata written for Menuhin in 1944 to music by his great mentor and teacher George Enescu. Fostering the creation of new music, the competition is commissioning new works for violin by Roxanna Panufnik and Oscar Colomina i Bosch to be premiered during the event.

Based on a survey among the world-record breaking number of entries to the last competition, the MENUHIN COMPETITION LONDON 2016 introduces online applications for the first time this year, www.menuhincompetition.org. General Manager Susanne Barthelmes says: “It has been the most wanted improvement suggested by the young musicians and it has always been our priority to enable easy access to the competition from all parts of the world.”

Application deadline for the Menuhin Competition London is 31 October 2015.

The MENUHIN COMPETITION LONDON 2016 is hosted by the Royal Academy of Music and presented in partnership with the Philharmonia Orchestra, Southbank Centre and Yehudi Menuhin School and in association with the National Youth Orchestra of Great Britain, Orpheus Sinfonia, Jewish Music Institute and Live Music Now.

The MENUHIN COMPETITION LONDON 2016 gives the opportunity to exceptional young violinists from around the world to  be part of an uplifting and highly enjoyable experience – including meeting (perhaps for the first time) and forging life long friendships with their fellow violin prodigies.

For photography and logos for the MENUHIN COMPETITION LONDON 2016: Click here

The Menuhin Competition is a UK registered charity. Since 1983 it has consistently attracted some of the greatest violin talents from all over the world and brought them together in an exceptional atmosphere of learning and exchange. Dubbed ‘the Olympics of the Violin’ it is the world’s leading competition for young musicians under the age of 22. Many of its prize winners including Julia Fischer, Ray Chen, Tasmin Little, Nikolaj Znaider, Ilya Gringolts and Alina Ibragimova have gone on to successful international careers.www.menuhincompetition.org

THE NINE JURORS OF THE MENUHIN COMPETITION LONDON 2016

Pamela Frank, Chair, USA - performs with today’s most distinguished soloists and orchestras. She is on the faculties of the Curtis Institute of Music, Philadelphia and Peabody Conservatory in Baltimore and has an extensive discography. She was first invited to be on the Jury in 2006 and has been Chair of the Jury since 2012.

Joji Hattori, Vice-Chair, Japan - Prizewinner of the Menuhin Competition in 1989 and has been closely associated with the Competition ever since. He combines a busy international career as soloist, chamber musician and conductor, and is renowned for his interpretation of the Viennese Classics.

Julia Fischer, Germany - Prizewinner in 1995 at the age of 13, Julia is now regarded as one of the world’s top violinists. She has performed with all the world’s leading orchestras and is also an extremely accomplished pianist.

Ray Chen, Australia - Prizewinner of the Menuhin Competition Cardiff 2008.  Ray now has a major international career. He plays on the 1715 “Joachim” Stradivarius violin on loan for the Nippon Music Foundation.

Ning Feng, China - Prizewinner of the Menuhin Competition in Folkestone 2000 and one of the biggest  musical talents to emerge from China. In 2015 he returns to the Auckland Philharmonia and will give recitals and chamber music performances in Japan and Korea. He now makes his home in Berlin.

Tasmin Little, UK - Prizewinner in 1985 aged just 13 and is one of England’s favourite violinists. She is an exclusive recording artist for Chandos records. In 2012 she was awarded the OBE and made her debut on the Jury of the Menuhin Competition in Beijing in 2012.

Dong-Suk Kang, Korea - studied at the Curtis Institute with the legendary Ivan Galamian. He has performed concertos worldwide. Recordings include award-winning performances of the Elgar, Walton, Nielsen and Sibelius violin concertos and the complete chamber music of Honegger and Alkan.

Jeremy Menuhin, Swiss/UK - has collaborated with some of the world’s foremost orchestras and has recorded works by Schubert, Mozart, Debussy and Bartok. His recordings of Bartok’s Sonatas for violin and piano with his father, Yehudi Menuhin, was awarded the prestigious “Grand prix du Disque”.

Martin Engstroem, Sweden/Swiss - Founder and Director of one of the world’s great Festivals - Verbier. He worked closely for many years with Herbert von Karajan. In 2000 he developed the UBS Verbier Festival Orchestra, with James Levine as its Music Director, followed by Charles Dutoit in 2009.

The Royal Academy of Music first hosted the Menuhin Competition London in 2004. Founded in 1822, the Royal Academy of Music’s impact on musical life, both in the UK and abroad, is inestimable. The music profession is permeated at all levels with Academy alumni, including classical giants Sir Simon Rattle and Sir Harrison Birtwistle and pop stars Sir Elton John and Annie Lennox.

Every year talented young musicians from over fifty countries come to study at the Academy, attracted by renowned teachers in a rich artistic culture that broadens their musical horizons, develops their professional creativity, and fosters their entrepreneurial spirit.

The Academy’s museum is home to one of the world’s most significant collections of instruments and artefacts – and the Foyle Menuhin Archive.www.ram.ac.uk 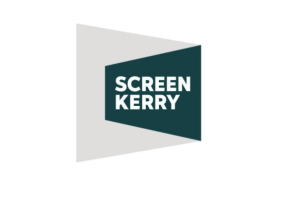 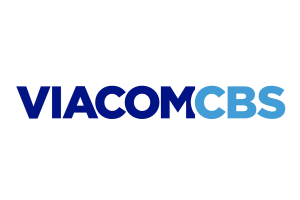