‘You have transformed a public into a circle of friends.’ – Marquis de Custine to Chopin

Our exploration of Beethoven’s six early Quartets concludes with La Malinconia, the extraordinary Finale to the Sixth, where a dramatic and tragic introduction is contrasted with a dementedly cheerful Allegretto. This is paired with Mozart’s secretive E flat Quartet, the one that best reflects his mercurial temperament, a Quartet whose opening movements belong to a later era with their ceaseless probing of musical boundaries. Chopin’s Cello Sonata has malevolently been described as a sonata for piano with cello accompaniment, an accusation immediately denied by one moment with the brief but glorious Largo.

It is strange that Szervánsky’s First Wind Quintet is not better known, it is a warm, sunny and generous work, brilliantly written for the instruments with a spectacular horn part. Beethoven’s Fifth Piano Trio was finished in the year of his Fifth and Sixth Symphonies so we can expect broad flowing melodies and an indulgent attitude towards big tunes – a particular delight is the delicious Allegretto with its witty and mellifluous sets of double variations. Alkan was a virtuoso pianist and friend of Chopin and they both wrote their respective cello sonatas for the great cellist Auguste Franchomme. Alkan’s Sonata must count as another forgotten masterpiece with the mystic poetry of the Adagio and the prodigious energy of the Finale.

Late Night the Borusan play one of the peaks of the quartet world, composed almost two hundred years ago, Beethoven’s greatest quartet, a work so far ahead of its time that even now it is seen as extraordinary. The C sharp minor Quartet, Op.131, is in seven movements, played without a break.

For booking, see here. For information on all 2019 events, download the festival brochure below or visit http://new.westcorkmusic.ie/chamber-music-festival. 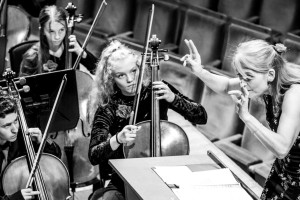 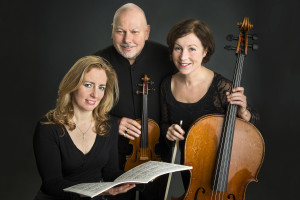 Concert
6 March
The Laughter Lounge on Tour
The Civic, Tallaght