One of Ireland’s enduringly popular artists, an evening with Paul Brady on stage is a captivating experience, as he invites you into his world of songs and music in a way that will surprise in its intimacy, sense of fun and raw power. For this exclusive one-off livestream show, he invites Irish Sierra Leonean singer-songwriter, Loah, to share the stage.

Paul Brady started his storied career as part of the first wave of the Irish ballad scene with The Johnstons. He would soon move on to join the legendary Planxty where he would form an enduring relationship with Andy Irvine which produced the classic Andy Irvine and Paul Brady”. The next few years saw him establish his popularity and reputation as one of Ireland’s best interpreters of traditional songs. His versions of great ballads like Arthur McBride and The Lakes Of Pontchartrain were definitive and are still being asked for by audiences today. Surprising most observers at the time, he released “Hard Station” in 1981. Self-penned, the album lyrically reflected the personal changes he was undergoing and musically was a highly original reworking of his earlier influences. Irish folk music took a back seat for the time being. Those more traditional voices who would have preferred him to stay as he was were soon replaced by the voices of praise for what is now accepted as a classic of Irish rock. The albums which followed, “True For You” (1983), “Back To The Centre” (1985), Primitive Dance (1987), “Trick Or Treat” (1991) and “Spirits Colliding” (1995) collectively established Paul as the pre-eminent Irish singer-songwriter of his generation.

In April 2015 Paul released “The Vicar St. Sessions. Vol. 1” a collection of live recordings from a 23 night series of concerts presented in the Dublin music venue, Vicar St. This album features collaborations with many of Paul’s contemporaries including Van Morrison, Mark Knopfler, Bonnie Raitt, Ronan Keating and Curtis Stigers among many others.

Loah is Sallay Matu Garnett, an artist and performer of Irish and Sierra Leonean origins who grew up between Maynooth, County Kildare in Ireland and West Africa. She returned to Ireland this year after starring as Mary Magdalene in Andrew Lloyd Webber and Tim Rice’s iconic Jesus Christ Superstar at the Barbican, London in 2019. With her unique blend of Afro-folksoul, she released her debut EP This Heart in 2017 followed by an entire EP of remixes in 2018. This winter she releases an EP of collaborations with Bantum and a solo acoustic EP as a direct response to the unique isolation circumstances of 2020.

Tickets for the stream are available exclusively via DICE.fm 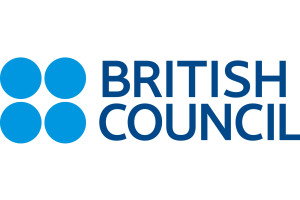