Dig With It magazine, in partnership with the Oh Yeah Music Centre in Belfast, has launched a new writing bursary to develop emerging female and non-binary music journalists in Northern Ireland.

This will be called the Carol Clerk Bursary. It is named in honour of a trailblazing music writer from Belfast. Carol wrote her first story for Melody Maker in 1974 when she was still at school (‘Bombs, Boredom and No Bands’). Eventually she became News Editor of Melody Maker and also wrote respected books on The Pogues, The Damned and Ozzy Osbourne. Sadly, Carol died of cancer in 2010, aged 55.

The Carol Clerk Bursary will provide £3,500 towards professional equipment and resources for an upcoming music journalist (female or non-binary with a connection to Northern Ireland). There will be additional mentoring, feedback and training, with paid, printed commissions.

The project will begin with a call-out for new female and non-binary music writers. The contenders will be resident in Northern Ireland or born there. They will be asked to submit two pieces of music journalism for consideration. The deadline for application is 6pm on Monday 30th May 2022.

The bursary will be awarded by a panel of working music journalists, some of them former colleagues of Carol. The awardee will be given a financial award for professional equipment, research expenses plus personal mentoring and feedback from established music writers. A series of pieces from the awardee will feature in upcoming issues of Dig With It magazine. This will be fee-paying work. Ideally the mentors will also help to guide the writer towards other music and arts publications. 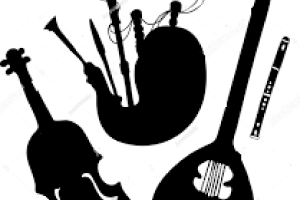