Conor Guilfoyle Octet plays ‘The Birth of the Cool’

The Conor Guilfoyle Octet performs “Miles Davis’s BIRTH OF THE COOL” and West Coast Cool Jazz from the 1950s.

The Conor Guilfoyle Octet will perform Miles Davis' classic album The Birth of the Cool in it's entirety at Ballina Arts Centre on Thursday 9th April, at 8pm. Jazz trumpeter Miles Davis (1926-1991) was a life-long innovator with an uncanny ability to discover and employ talented band members, many of whom would themselves go on to fame. Always pushing the envelope and encouraging his sidemen to do the same. As a result, his recordings have enriched and expanded the first century of jazz music and will continue to do so.

On January 21, 1949 in New York City, Davis assembled a nonet made up of four brass, two saxophones and a three-piece rhythm section to record four tracks with eight more from sessions on April 22, 1949 and March 9, 1950, that would make jazz history. This was “Birth of the Cool”. Arrangements for the nonet were provided by Gil Evans, Gerry Mulligan, John Lewis, John Carisi and Miles Davis himself.

Conor Guilfoyle is one of Ireland’s foremost drummers and educators having toured and recorded with some of the greatest jazz musicians. The members the octet have been picked by Conor from past students of the jazz degree at Newpark Music Centre Jazz Department (now in DCU) where he taught some of the top young musicians on the scene today.

The music featured by the Octet is a look back to the 1950s to a style often associated with the West Coast of America known as “Cool Jazz” as well as arrangements of hard bop classics by Horace Silver, Benny Golson and Tadd Dameron.

Despite the excellent training received at the college there are few professional opportunities to play in large jazz ensembles in Ireland, particularly one of a level that would challenge the players and allow them to develop as performers in this style. Under the mentorship of Conor the ensemble has developed into formidable unit.

The Conor Guilfoyle Octet is endeavouring to stretch the boundaries of its performances since its foundation two years ago and is ambitious to continue. Its artistic goal is to introduce concerts of contemporary and historic jazz from the 1940s and 1950s to new audiences.

The ambition for the Octet is to maintain a path to regular performance and to raise the bar ever higher on the quality of its performances.

Two groups that will benefit from this series of concerts are those involved in realising the concerts, giving interaction between musicians and the second group, the audiences attending a new experience for them, a new mixture of sounds, for the first time.

The Conor Guilfoyle Octet is 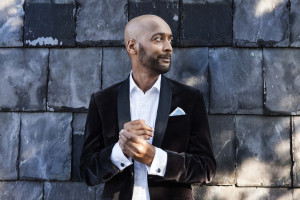 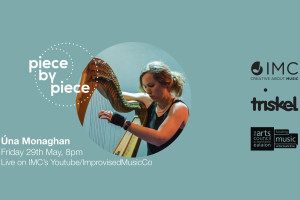 Concert
27 May
Jazz at Lincoln Center: From the Archives
Online