The idea of the podcast is to give us an insight into the lockdown experience of four disparate musicians and present a bespoke home-recorded performance by each. The interviews and performances are intimate, engaging and unique to this series. The series will be presented on our YouTube channel Droichead.Arts.Centre https://www.youtube.com/channel/UCQro862tgmLkiMa4dCuuy6g

Nuala Kennedy is world-renowned for her creative reworking and reimagining of traditional songs and for her unique Irish flute style, formed in Dundalk, County Louth and honed in her long-time adopted home of Edinburgh, Scotland. Now living in Ennis, County Clare and with four solo albums to her credit, Nuala is a musical adventurer who is known world-wide as a superlative performer of traditional music. She has graced the cover of Irish Music Magazine, Sing Out! and regularly appears on the mainstage at festivals and venues around the world.

Her roots are first and foremost in Irish music, but she ‘something of a genre bender’ according to Living Tradition magazine and has performed and recorded with artists such as Will Oldham, and on hit TV shows such as American Gods. In 2019 she released a critically acclaimed live album on Ta:Lik Records under the name Snowflake Trio. Nuala also performs in the group Oirialla, researching music from her native North East alongside Gerry ‘fiddle’ O’ Connor, and tours with John Doyle and Eamon O’Leary in the harmony song group “The Alt”. Nuala has a singular voice within Irish traditional music:

“Cheeky, dynamic and full of ideas." -Scotland on Sunday

“A flute player and composer of remarkable finesse, fearless of the unknown.” -The Irish Times

As well as Nuala, the other artists presented in the Solo @ Home series are: Libyan-Irish songwriter and singer Farah Elle on 6th August; composer of beautiful and deeply affecting improvisational piano compositions Úna Keane on 7th August; and award-winning composer, producer and guitarist Breifne Holohan on 8th August. 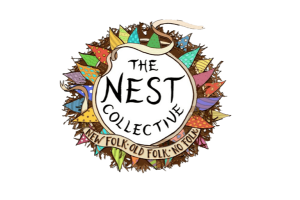