Eamonn Dougan of The Sixteen joins Chamber Choir Ireland as guest director for a concert of works by James MacMillan—arguably the foremost living composer of sacred music—alongside those of his Renaissance influences and contemporary protégés.

MacMillan has written about his debt to the Renaissance masters on this programme; Byrd, Tallis and Palestrina among them, as well as Rafaela Alleotti, who has become better known in recent times.

Also featured on this programme are two contemporary choral composers, taught and mentored by MacMillan himself: Kim Porter and Eoghan Desmond. Porter is an English composer and singer, and former student of MacMillan's at the University of Manchester. As a member of the vocal ensemble The Sixteen, she has given the premiere of several of his major works. Desmond is an Irish composer and a singer with Chamber Choir Ireland, and was one of three composers selected by MacMillan to be mentored by him while writing a new work for the Genesis Foundation. 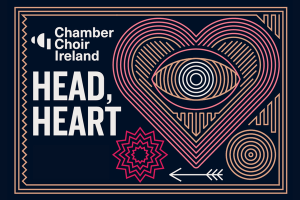 Concert
3 June
Serenade to Music: the Ulster Consort
The Portico of Ards
Added by Portico Ards 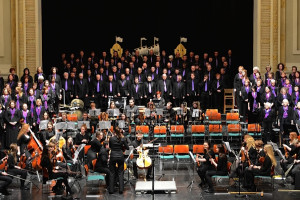 Concert
29 January
The Fleischmann Choir
Church of the Descent of the Holy Spirit, Dennehy's Cross, Cork
Added by CorkOrchestralSociety