Remaining movements of 1822 work created through working with a smartphone.

Last night (4 February) at Cadogan Hall in London, the premiere took place of a new version of Schubert’s ‘Unfinished’ 8th Symphony. US composer Lucas Cantor used AI (Artificial Intelligence) to write a third and fourth movement to complete the work that Schubert had left unfinished in 1822.

Cantor – a winner of two Emmys for his work on the Olympics with NBC – used a series of original melodies and themes generated by AI, but influenced by Schubert’s work. It was the first time he had applied such an approach to composing. Speaking to The Journal of Music, he described how collaborating with AI not only sped up the process of writing but was also a profound experience in other ways.

The AI was like having a collaborator who never gets tired, never runs out of ideas… is always ready to work. The prospect of using artificial intelligence and human intelligence to create music is profound. … I found myself starting to feel an emotional relationship with the smartphone … It was doing a good job but you can’t congratulate it… It was just there tirelessly working.

The original melodies were generated by the Huawei Mate 20 Pro smartphone following a process of feeding in MIDI files of Schubert works, particularly the first two movements of the 8th Symphony and also Schubert waltzes. ‘It generated some really interesting melodies’, Cantor says. He suggests that Schubert may have returned to the work if he had lived longer.

I think what happened was that Schubert wrote a symphony that was a little more modern than he expected… a little bit ahead of its time. Had he lived longer I think he would have finished it later with slightly more modern sensibilities. It starts differently to any of his other symphonies – there’s two movements in triple metre… there’s evidence that he intended the third movement to be in triple metre.. which is all extremely  uncommon. In 20 or 30 years, he may have finished it.

The work was premiered by the English Session Orchestra led by Darragh Morgan and conducted by Julian Gallant. The final two movements are quite different to the first two, with considerably more themes, more rhythmic diversity and aspects of modern harmony. Cantor adhered to Schubert’s original orchestration apart from introducing cymbals at the end. He also employs a variation of the famous opening Schubert theme. The live performance was recorded for future release. 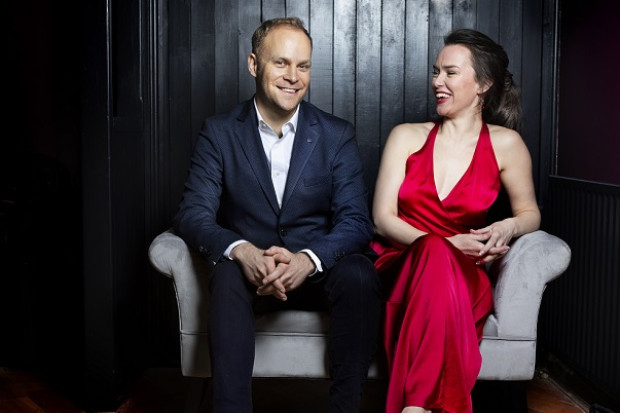