Chaya Czernowin has been announced as the Composer in Residence for the 2020 Huddersfield Contemporary Music Festival, which takes place on 20–29 November.

Czernowin is a professor of music at Harvard University and has written a range of dramatic, chamber and orchestral works, with and without electronics.

One of her major works, Hidden, which was released on the Wergo label by the Jack Quartet and mezzo-soprano Inbal Hever in 2017, will be performed at the festival by the Arditti Quartet and IRCAM. It is one of three large-scale works by the composer being performed in the first weekend. The others are The Fabrication of Light, which will be premiered by Ensemble Musikfabrik, and Fast Darkness, which will be played by clarinettist Gareth Davis and the Riot Ensemble.

Huddersfield will also present a tribute to Scottish composer James Dillon in his seventieth year at this year’s festival. Among the works to be presented are the UK Premiere of The Freiburg Diptych, a co-commission by Huddersfield and ECLAT for violin and electronics; piano works performed by Noriko Kawai; and the world premiere of Pharmakeia played by the London Sinfonietta. 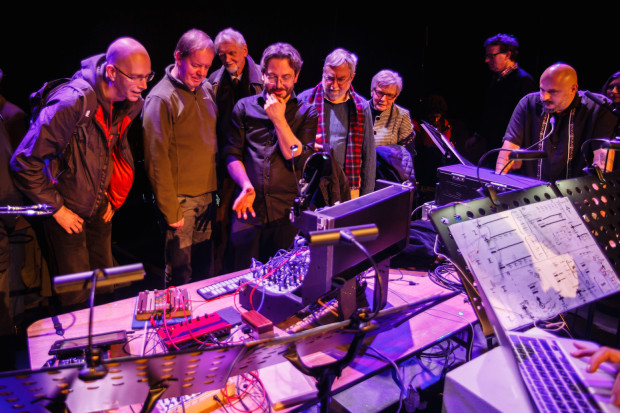 Broaching the Disconnect
James Camien McGuiggan
The Huddersfield Contemporary Music Festival is gradually transforming our concept of the new music event, writes James Camien McGuiggan, addressing the disconnect from the rest of musical life – this year's 10-day festival showed we are beginning to see the rewards.