Other Voices to Present Livestream from London Embassy

Other Voices has announced that it will present a livestream event from the Irish Embassy in London on 29 October titled ‘London Calling’. The event aims to bring together musicians from Ireland and the UK and will be hosted by broadcaster and DJ Annie Mac.

Commenting on the event, Philip King, founder of Other Voices, said:

We are so looking forward to filling the beautiful rooms at the Irish Embassy with wonderful music and song. For Other Voices London Calling we have gathered up some really remarkable musicians and singers that have echoes of the traditions out of which they come shot through their wonderful work.

Other Voices reecently hosted an event at the US Embassy in Dublin to mark Bob Dylan’s 80th birthday, and events in Wales and at the Galway International Arts Festival. London Calling will be livestreamed on the Other Voices YouTube channel from 9pm.

Other Voices in Dingle
Other Voices have also recently announced that their annual festival in Dingle will take place this year from 25 to 28 November as a live and online production. The festival is now in its twentieth year and is titled Fiche Bliain ag Fás/Twenty Years A-Growing to mark the occasion. Further details of the festival including the line-up are still to be announced.

The festival will also present its conference strand ‘Ireland’s Edge’ on 27 November at the Skellig Hotel in Dingle. It will include talks, presentations and performances from speakers and musicians including Guardian US editor John Mulholland, singer-songwriter Farah Elle, and author Séamas O’Reilly. 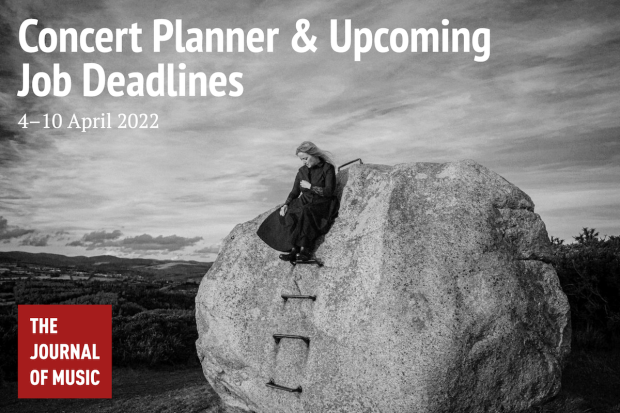