An Album of Commissioned Music for Fiddle and Guitar

To be released on the 26th of November, at 8pm.

Though she has featured significantly on a wide range of recordings, Zoë Conway’s back catalogue to date centres on two solo albums, the eponymous debut from 2002 produced by Bill Whelan, and the Horse’s Tail album from 2006 featuring Steve Cooney, Robbie Harris, John McIntyre and Lisa Conway, as well as a solo DVD of live performances. All of them feature a mixture of arranged traditional and some non-traditional music along with Conway’s own compositions.

Conway’s latest recording, Go Mairir I Bhfad / Long Life To You, is a very different offering. Firstly her husband, the guitar player John Mc Intyre, is given equal billing, and on some tracks equal acoustic billing as well, rather than just accompanying the fiddle playing. Secondly, it features no Conway compositions, but is rather a collection of new pieces specifically commissioned from twelve A-list composer-musicians. Because of that, a third difference is that this album arrived with the feel of a ‘project’ or a concept album more than just another recording. Indeed, Conway and Mc Intyre describe it so themselves in the sleeve notes: ‘Within the concept of recording an album of newly composed traditional Irish pieces, an important element is to represent a snapshot of Irish music alive today.’ The Arts Council and Music Network are thanked for supporting the project and funding the commissioning of the pieces, and the cover design (by design company, Red Dog) has a corporate feel.

However, the music rips through all such preliminaries. Opening with a set of upbeat, unmistakably-Carroll Liz Carroll tunes, the concept is left far behind and it is the pleasure of playing the music that bounds forth. If you then leave down the CD cover and just listen, you get the added fun of trying to identify the composer of each track, success dependent on how individual their style is and how familiar you are with their music. The ones that I got easily were Liz Carroll’s, Peadar Ó Riada’s, Frankie Gavin’s, Tommy Peoples’ and Niall Vallely’s. Surprisingly less identifiable for me were Steve Cooney’s, Andy Irvine’s and Donal Lunny’s, possibly explained by the looser forms they adopted for these particular pieces.

The commissioning, which was done in 2010, was for a piece of music ‘for fiddle and guitar, and between 3 and 6 minutes long’, and so we get reels, slow airs, jigs et cetera, but also time signatures from other traditions and influences from other genres, all reflecting the fact that the current generation of traditional musicians are traditional only insofar as it satisfies their creative urges. As well as those mentioned already, there are also pieces by Bill Whelan, Máirtín O’Connor, Mícheál Ó Súilleabháin and Charlie Lennon.

On some pieces, I enjoy listening out for Conway’s exploration, playful at times, of the composer’s style. (And better ears than mine may find hints that some of the pieces were written with Conway’s playing very much in mind.) On others the beauty of the music and the playing just take over completely and say enough in themselves.

A showcasing though it is, this is an artistically powerful album, and includes many superb pieces of music that will undoubtedly live on long beyond this project.

The album will be launched at a gig this Monday coming, 26 November, in Whelan’s of Wexford Street, Dublin 2 at 8pm. In the meantime readers can listen below to the Máirtín O’Connor composition ‘Trip To Gort’ from the album. 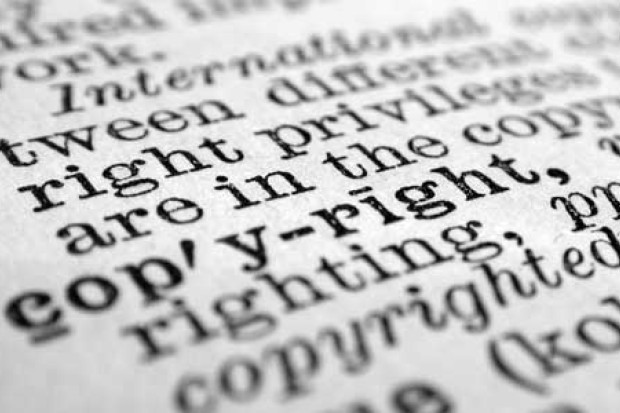 To Copy is to Create
Scott McLaughlin
Copyright law is being used to protect outdated business models and is frustrating innovation. Creators should be embracing the freedom of the information age and exploring new opportunities, argues composer Scott McLaughlin
Oct 1, 2009