Multi-instrumentalist and visual artist awarded a residency at the National Concert Hall.

The Arts Council and the National Concert Hall have announced musician and artist Barry Kerr as the 2020 recipient of the Liam O’Flynn Award. The award, which is now in its second year, celebrates the role of individual traditional artists, offering them space and funding to create new work.

Kerr is an uilleann piper, flautist and singer-songwriter and is also a visual artist. He will receive €10,000 for living fees for the duration of the residency as well as €5,000 for fees and other expenses relating to collaborations and the presentation of work. He will also receive a work space at the NCH and professional support and career advice.

Commenting on the announcement, Kerr said:

I am delighted  and honoured to receive this award. As an uilleann  piper and flute player, Liam O’Flynn  has had a huge influence on my musical development since I started playing traditional music at the age of 12. Not only am I interested in  O’Flynn’s  musical output, his outlook on life has always intrigued me, as have his collaborations with the likes of Seamus Heaney.  This opportunity  will enable me to interrogate my music and work on a new body of work. I look forward to working with the National Concert Hall, being within its hallowed space and collaborating  with other artists, creating new music.

Liam’s position in Irish music was very special in that he was both the custodian of a great tradition and an imaginative innovator. We are delighted to present this award to such an accomplished musician as Barry Kerr, a most deserving candidate who will no doubt continue the legacy of innovation while staying true to traditional roots as Liam himself did.

Kerr’s career in music and visual arts spans twenty years, including performing with the RTÉ Symphony Orchestra on their tour of the USA under conductor David Brophy. He has also collaborated with musicians such as Steve Cooney and Muireann Nic Amhlaoibh and has had his original compositions recorded by artists such as Beoga, Aoife Scott, Brian Finnegan and Kate Rusby.

The recipient of the inaugural award in 2019 was harper Úna Monaghan.

See Kerr’s video response to winning the award below. For more, visit the NCH website. 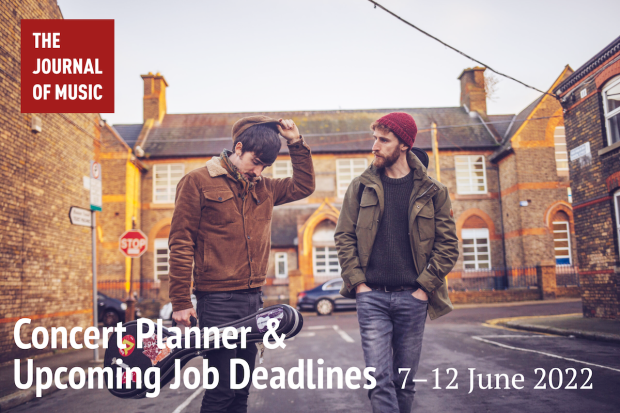