This is the 19th edition of the festival, which features eight events filmed in West Cork and surrounding areas.

The festival opens with Hayes in conversation with the renowned American old-time fiddle-player Bruce Molsky. Originally from the Bronx in New York, Molsky moved to Virginia in the 1970s to absorb the tunes and songs of the Appalachian mountains and has become a pre-eminent exponent of the music. He is also a banjo-player and singer.

Next week (6 October), Hayes will be joined by Waterford uilleann piper David Power and Steve Cooney for a performance recorded in Bantry House. Power will also perform on 20 October in a separate trio with baroque violinist Marja Gaynor and Flamenco guitarist John Walsh. This concert was recorded at Future Forests plant nursery in Cork. Cooney will return on 27 October with writer and poet Doireann Ní Ghríofa and accordion-player Derek Hickey.

Irish jazz singer Christine Tobin and guitarist Phil Robson, who have recently returned to Ireland after five years living in New York, will perform with pianist Francesco Turrisi on 13 October. In this concert, Tobin will perform her settings of Yeats poetry, drawing on influences from jazz, folk and classical.

Masters of Tradition concludes on 17 November with Hayes’ new trio including Cormac McCarthy on piano and Brian Donnellan on concertina and bouzouki. The trio first performed in a livestream last December and subsequently released a 4-track EP, Live at the NCH 2020.

In 1999, I came here with Dennis Cahill to play at the West Cork Chamber Music Festival, and this was the first time  that traditional Irish music had been involved in the chamber festival. And the idea with [Masters of Tradition] was that traditional music could be heard in very quiet, intimate and very respectful, beautiful settings, a way of just hearing and appreciating this music in a way that is not always available to it …. That’s been happening for all those 19 years that the festival has been running. This year I think will be no exception.

Tickets for each concert are €10. A series package for all concerts is also available. 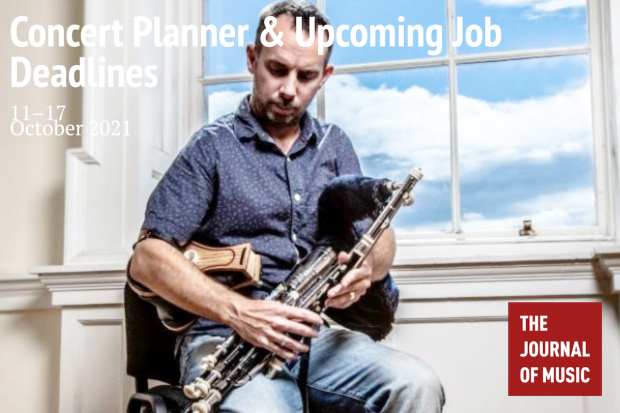