Karen Power speaking at the announcement of the Sounding the Feminists NCH 2018–2022 Initiative.

€100,000 for New Sounding the Feminists and NCH Initiative

Three strands include performance of chamber work by female composers, a commissioning scheme, and a new programme strand at the NCH.

Less than a year after it was established – and under six months since its first public meeting – the Sounding the Feminists Collective has achieved a significant milestone with the announcement of a new five-year partnership with the National Concert Hall to promote and commission works by female artists.

The initiative, which was announced last night (7 March), is being supported by the Department of Culture, Heritage and the Gaeltacht under the Creative Ireland programme and will receive co-funding from the Department and the NCH of €20,000 a year over five years.

Speaking last night, Chairperson of Sounding the Feminists, composer Karen Power, said ‘tonight’s five-year initiative with the National Concert Hall marks a substantial step in how we will champion the principles of equality, fairness, inclusivity, and diversity in music across the island of Ireland.’

Chamber music, commissioning and programming
The new initiative has three strands. The first will see the NCH and STF co-curate a new Chamber Music Programme as part of the NCH Chamber Music Series 2018. The series will highlight the work of female composers.

The second strand is a new Commissioning Scheme to provide opportunities for established and emerging composers to have their work commissioned and performed at the NCH. Details of the scheme are to be announced in the coming months.

The third strand sees a new Programme Strand that sees both the NCH and STF focus on the diverse range of works of female artists working in music across genres. It is envisaged the programme will see not only concerts but workshops, residencies and collaborations to further enhance creation and promotion of work by female artists. This new strand will be presented in 2019.

Action
In her speech last night, Josepha Madigan, Minister for Culture, Heritage and the Gaeltacht said:

Ensuring equality across all areas of the arts requires not just fine words or putting in place good policies, it requires actions too. Tonight I am delighted that my Department, under the Creative Ireland Programme will partner with the National Concert Hall to co-fund a programme of new initiatives with Sounding the Feminists.

Speaking of the initiative, Simon Taylor, CEO of the National Concert Hall, said:

Today’s announcement, on the eve of International Women’s Day 2018, sees the NCH embark on an ambitious curatorial and commissioning programme over the next five years in partnership with Sounding the Feminists. We are delighted to be working with Sounding the Feminists to develop and enhance opportunities for female composers and musicians in Ireland, across musical genres.

‘From its inception,’ Power said, ‘we stated that STF is a starting place. A movement that wants to open discussions and hear ideas about how we move forward – and most importantly a movement that is interested in tangible and long-term change, so that we never have to go back. This five-year initiative offers us the space and a national platform to instigate change in real and tangible ways. We are thrilled and excited for all that is to come.’ 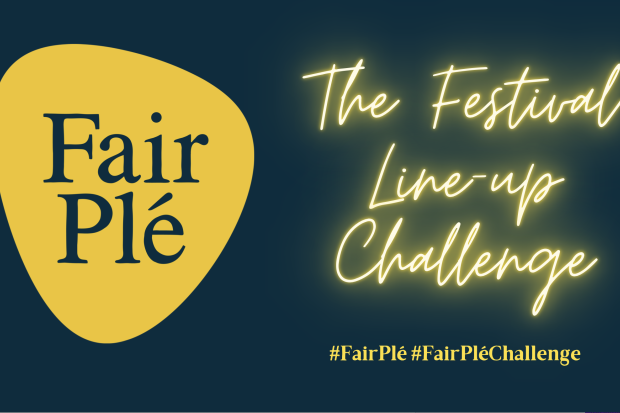 FairPlé Publishes Report on Gender Imbalance in Folk Festival Line-ups
Report concludes that women make up only 24.9% of the performers in 16 festivals.