GB18 programme to feature over 60 projects and performances.

Culture Ireland and the Department of Culture, Heritage and the Gaeltacht have announced a programme of Irish cultural events taking place across Britain in 2018 under the banner GB18.

GB18 will feature more than 60 projects, including concerts, performances and exhibitions, and will open with a showcase concert at London’s Barbican Centre on 5 March.

Imagining Ireland: 21st Century Song, produced by Bell X1’s Paul Noonan, and the National Concert Hall’s Gary Sheehan, will celebrate a new generation of independent artists and songwriters. Performing as part of the concert will be members of Crash Ensemble performing a new work by J Colleran, urban music duo Mango & Mathman, violinist/composer Éna Brennan and Loah – recently described in a recent Journal of Music review as ‘captivating’. The concert programme will also be performed at the National Concert Hall in Dublin on 3 February as part of the NCH Perspectives series.

The full GB18 programme has yet to be announced, but will also feature a performance of contemporary Irish choral music by Chamber Choir Ireland in Wales (31 July), Irish performances at the Celtic Connections festival in Scotland (18 January–4 February), and a run of Donnacha Dennehy and Enda Walsh’s opera The Second Violinist at the Barbican Centre (6–8 September). 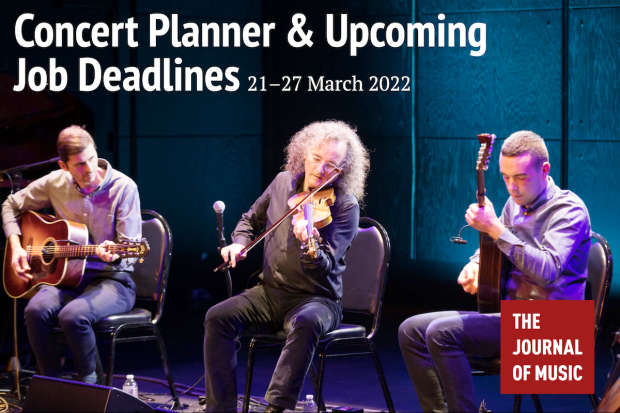