It has been announced that composer Jennifer Walshe and jazz pianist and composer Jim Doherty have been elected to Aosdána, the affiliation of artists that recognises outstanding contributions to the arts in Ireland.

Walshe has established an international reputation as a composer. She is a former recipient of the British Composer Award for Innovation and last year was elected to the Akademie der Künste (Academy of Arts) in Berlin. From Dublin, she studied composition with John Maxwell Geddes at the Royal Scottish Academy of Music and Drama and with Kevin Volans in Dublin. She graduated from Northwestern University, Chicago, with a doctoral degree in composition. Her works include XXX_Live_Nude_Girls (2003), The Procedure for Smoothing Air (2005) with Crash Ensemble, Sites of an Investigation (2018), which was premiered at New Music Dublin last year, TIME TIME TIME, and The Worlding at the Model Arts Centre in Sligo. Last month, her new work Ireland: A Dataset was performed as a live-stream from the National Concert Hall. Recent recordings include A Late Anthology of Early Music Vol 1: Ancient to Renaissance and ALL THE MANY PEOPLS.

Doherty is a renowned jazz pianist and composer who has been performing in Ireland and internationally since the early 1960s, notably leading jazz trios, quartets and bands. He has written music for theatre, radio, TV, dance, film and orchestra, and performed with musicians such as Gerry Mulligan, Louis Stewart and Ray Charles. Most recently Doherty has composed music for three original songs for a new recording by vocalist Susannah de Wrixon and is also currently writing two pieces for inclusion on a recording by jazz trumpeter Bobby Shew to be recorded in LA this year. His most recent recording is Tunes (2013) with Louis Stewart.

Artists who have been elected to Aosdána in the field of music include Gerald Barry, Elaine Agnew, Bill Whelan, Siobhán Cleary, Dónal Lunny, Jane O’Leary, Raymond Deane, Donnacha Dennehy and composer Roger Doyle, who last year was elected as a Saoi, an honour given to just seven members for distinction in the arts. 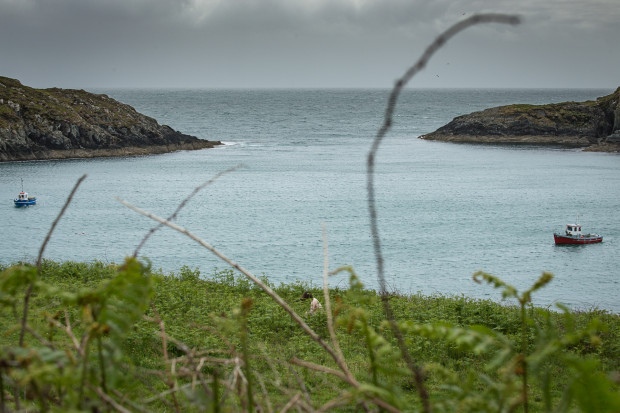 Toast the Nonconformists
Toner Quinn
The Open Ear festival of experimental and electronic music on Sherkin Island is now in its fourth year. It has a spirit of nonconformism, and provided one of the most unique moments one could imagine for a music festival, writes Toner Quinn.
Jun 7, 2019