Luminosa Music after their launch performance at NUI Galway.

Luminosa features all four members of ConTempo Quartet and will be led by Paul Ezergailis, co-principal of the Oslo Philharmonic Orchestra.

Founded by Lucy Hayward, the orchestra includes the four members of ConTempo Quartet and a range of other experienced musicians now based in the west of Ireland.

Galway-based
Among the musicians are concertmaster Paul Ezergailis from Australia who is currently co-principal of the Oslo Philharmonic Orchestra and a member of the Academy of St Martin in the Fields in London; violinist Gergely Kuklis is from Budapest where he was concertmaster of the Hungarian National Philharmonic Orchestra for sixteen years; violinist Áine Kelly is a deputy with the RTÉ Concert Orchestra and the Irish Chamber Orchestra; Péter Sébestyen from Hungary is a member of the Concerto Malaga chamber orchestra in Spain since 2008; and double bassist Teresa Turner is currently principal double bass with the Irish Symphonic Wind Orchestra.

First season
The orchestra’s first season concert will take place next April in Galway Cathedral where they will perform a range of work by female composers including Jane O’Leary, Joan Trimble, Rachel Holstead and Elizabeth Maconchy. This will be followed by a concert in June with music by Vaughan Williams, Schoenberg and Bill Whelan.

I am thrilled that we have now launched this exciting venture to bring Galway City a new orchestra and look forward to producing a stunning programme of music at Galway Cathedral in 2019. We have incredible talent in this vibrant city, and, by shining a light on it, I hope to inspire a new dawn for orchestral music in the west.

The orchestra was introduced by Dr Aidan Thomson, Head of Music at NUI Galway and also a member of Luminosa’s Board of Directors, and Danny O’Leary of Bank of Ireland.

Bank of Ireland is Luminosa’s founding patron and the orchestra has also launched a patronage scheme. 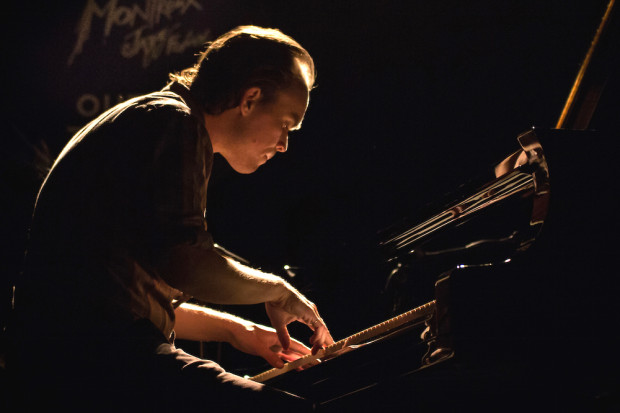 When Everything Breathes: An Interview with Peter Broderick
Toner Quinn
Composer, singer, violinist, pianist, Peter Broderick draws on many strands for his music, his work connecting with audiences across the world. Currently living in Galway, Broderick spoke to The Journal of Music about his compositions and lyrics, his musical background in Oregon and the impact of the internet on his career.
Jan 31, 2019