Strange Boy’s ‘Waiting’ is out now.

Sadhbh O’Sullivan and Sharon Murphy – Murmurations: A Song Cycle
Singer-songwriter Sadhbh O’Sullivan and Sharon Murphy have composed a song cycle of three pieces reflecting upon the experience of loss felt by older people and those living in residential care. Supported by Kildare County Council Arts Service and the Irish Hospice Foundation, Murmurations: A Song Cycle refers to heightened feelings of empathy and the collective experience of life since the beginning of the pandemic. The three works in the cycle are ‘Blackbird’s Lament’, ‘The Dawning’, and ‘Better Days to Come’. Visit: https://bit.ly/3srJbz8

Improvised Music Company – Ban Bam podcast
Improvised Music Company (IMC) have this week launched a new podcast as part of their Ban Bam commissioning and development programme with Moving on Music. The programme is a scheme for female Irish composers working in jazz and improvised music, and this year’s participants are Úna Monaghan, violinist Cora Venus Lunny and singer Sue Rynhart. Rynhart is the guest on this week’s episode of the podcast, hosted by Aoife Concannon of IMC. Monaghan and Lunny will feature in the next two episodes, after which a series of guests working in jazz and improvised music will share their stories. Visit: https://bit.ly/3x2mipp

A Lilac Decline – Back to the Sea​/​Shelter from the Shadows
Indie-alternative musician Cecilia Danell performing as A Lilac Decline has just released ‘Back to the Sea​/​Shelter From the Shadows’, a new double A-side digital single on Galway label Rusted Rail. ‘Shelter From the Shadows’ is also the title track from her second album, released in October 2020 which features the artist on Telecaster guitar, accompanied by a range of other instruments and electronics. Purchase the track on Bandcamp: https://bit.ly/32ny8wi 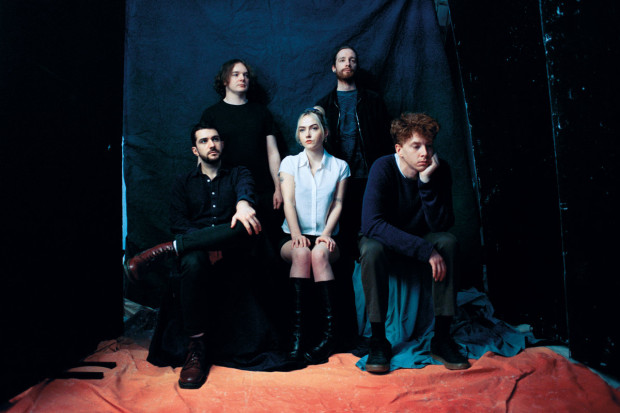 New Releases of the Week (25 February 2022)
A round-up of recent releases including Just Mustard, Paddy Hanna, And So I Watch You From Afar, Far Caspian, Rhona Clarke, and Within a Mile of Kilty Vol. 2. To submit your music for inclusion, please email [email protected]