Diatribe – Monthly Diatribe
Diatribe Records have launched a new monthly show on Dublin Digital Radio, Monthly Diatribe. The show, which launched yesterday (18 February), runs from 2pm to 3pm. The first episode featured a number of composers and musicians including Daniel Jacobson, Xenia Pestova Bennett, Judith Ring, Lina Andonovska, Sean Carpio, Kate Ellis and Jennifer Walshe. Monthly Diatribe is hosted by Nick Roth and Matthew Jacobson of the label and includes music from other labels as well as new and existing music from Diatribe. The next show takes place on 18 March. Submissions for the show are now invited. Visit: https://listen.dublindigitalradio.com/resident/monthly-diatribe

Ulster Orchestra – Our Songs, Our Place
Our Songs, Our Place, released last month by Ulster Orchestra, is the result of a new project that began last year in collaboration with composer and arranger Paul Campbell. The Your Song Now project invited songwriters at any stage of their careers to submit a song that represented life during lockdown. Nine songwriters including Dónal Kearney of Trú, Belfast artist Ria Maguire and singer-songwriter Gemma Cox, were selected to work on their songs with mentors Duke Special, Kitt Philippa and Paul Campbell, culminating in this record, an album that crosses genres while exploring the common experience of lockdown and how it has changed all our lives. Available to purchase on Ulster Orchestra’s website: www.ulsterorchestra.org.uk/news/oursongsourplace/

Lorcan MacMathuna – An Bhuatais & The Meaning of Life
Released in December, An Bhuatais & The Meaning of Life is the new album and 116-page booklet by sean-nós singer Lorcán MacMathúna, accompanied by accordionist Martin Tourish, piper Éamonn Galdubh and fiddle-player Daire Bracken. There are 14 songs in the collection, from the Munster song ‘An Bhuatais’ to the lullaby ‘Cúcúín’ plus two versions of the well-known song ‘An Raibh Tú ar an gCarraig?’, all in contemporary arrangements by this talented group. The essays by MacMathúna that accompany the album contain philosophical ponderings on the meaning, narratives and symbolism of traditional music, folklore, and mythology. CD and booklet are available for €20 from www.lorcanmacmathuna.com and Bandcamp: https://lorcanmacmathuna.bandcamp.com/album/an-bhuatais-the-meaning-of-life

Sfiiinx – Changeling
‘Changeling’ is the second release from Sfiiinx, the musical project of vocalist, composer and producer Síobhra Quinlan, who released her debut song ‘Womanchild’ in November 2020. Quinlan also co-curates Ireland’s Edge – a multidisciplinary event series as part of Other Voices – and has worked with Crash Ensemble and Opera Theatre Company. Sfiiinx combines the styles of classical, contemporary and pop to create her own sound. Her debut album, The Magma Chamber, is due for release later this year. Visit: https://siobhraquinlan.com/sfiiinx

Moon Looks On – Carry You, Carry Me
Sligo singer-songwriter Stephen Gormley, performing as Moon Looks On, has today released a new track ‘Carry You, Carry Me’, which will feature in his upcoming debut album, the details of which are yet to be announced. The upbeat, acoustic-pop song follows releases from earlier this year including ‘Let it Out, Let it In’ and ‘Bobbing on a Wave’. Visit: https://www.instagram.com/moon_looks_on/

Sarah McQuaid – The St Buryan Sessions Singles
Cornwall-based singer-songwriter Sarah McQuaid has today released two new singles from her upcoming album The St Buryan Sessions, due for release this summer. ‘Charlie’s Gone Home’, a new version of the first original song she ever recorded as a solo artist, is out now, as well as ‘The Day Of Wrath, That Day’, a powerful instrumental composition for electric guitar. Each song on the album will be accompanied by a video, premiered on McQuaid’s YouTube channel, filmed and recorded in the church of St Buryan in Cornwall. When McQuaid’s live performances came to a stop last year due to the pandemic, she used crowdfunding to produce this new album. Visit: https://sarahmcquaid.com/ 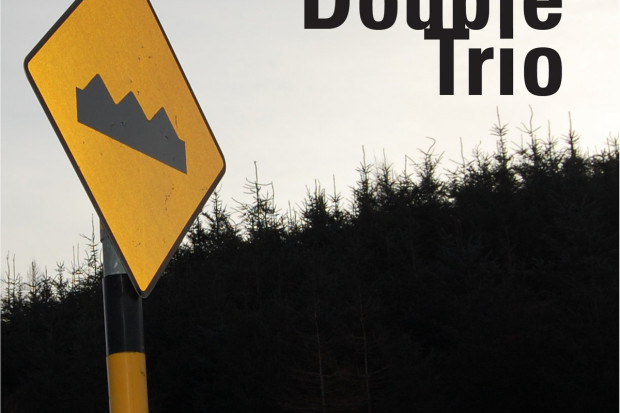