‘Tony, you are loved’: Tribute to Tony MacMahon in Miltown Malbay

Over two hundred people attended a tribute to the musician and broadcaster Tony MacMahon at the Willie Clancy Summer School yesterday (9 July).

The School honours a notable musician each year. Recent tributes have focussed on Tommy Peoples, Séamus MacMathúna, Mick Hand and Mick O’Connor. This year’s tribute, which was curated by the newly appointed Director of the Irish Traditional Music Archive Liam O’Connor, consisted of video footage of MacMahon discussing his musical influences, such as fiddle-players Nell Galvin and Tommie Potts and singer Peatí Thaidhg Pheig, followed by tributes from musicians in both video messages and short talks. There were also performances by concertina player Cormac Begley and accordion player Conor Connolly. MacMahon was present for the tribute and sat in the front row, having been brought from Dublin by flute-player Des Geraghty.

Now in his eightieth year, MacMahon’s influence on traditional Irish music over the past five decades has been far-reaching. He was a freelance television presenter for RTÉ from 1969 and joined the station as a radio producer in 1974. His broadcasting work in RTÉ up to 1998, including television programmes such as The Pure Drop, emphasised the solo performer and brought a range of skilled artists to public prominence. His debut solo recording from the early seventies introduced a new approach to slow air playing on the accordion and his recordings with concertina player Noel Hill, I gCnoc na Graí and Aislingí Ceoil, are regarded as seminal albums of the genre. MacMahon is also known as an articulate and passionate speaker on traditional music and his thinking on the aesthetics of the music have influenced successive generations.

Now boys!
The tribute took place in the Community Hall in Miltown Malbay. In a short video from Noel Hill, who was also in attendance, he told the story of the recording of I gCnoc na Graí, a live recording with dancers that captured the atmosphere of a house dance. Hill remembers that when they went to the pub in County Cork, it was so full there were a couple of false starts as they tried to create space. Once they were ready, the bar owner urged the two musicians to start playing by shouting ‘Now boys!’. This gave the album its memorable opening. ‘I was ready’, says Hill, ‘It was like a conversation… it was totally unrehearsed… it was terrific.’

Uilleann piper David Power recalled that when he moved to America in 2003 he would stay in touch with MacMahon through regular phone calls. ‘The standard of conversation was always high, funny, serious, always engaging and inspiring, and what kept in my mind was a picture of a man who made, for the sake of the music, sacrifices that I know I would never make. His authoritative voice added heft and value … when [the music] was not valued and he showed us how to have dignity for the music and for ourselves in turn. Tony, you are loved.’

In Peadar Ó Riada’s audio tribute, he played a tune that he wrote in honour of the musician, ‘Mairseáil MacMahon’ [MacMahon’s March]. Guitar player Steve Cooney, in a video tribute, recalled his time performing with him and how the accordion player would take requests from the audience. On one occasion he played a tune that he wasn’t particularly keen on. In the course of playing he changed his mind and said he would play it again, ‘this time without prejudice’. Contributions from James Keane and James Kelly recalled MacMahon’s time in Dublin and musical occasions such as sessions, house parties, concerts and television recordings. Mick O’Connor spoke about the musician having strong opinions on traditional music, why this is still needed, and how his being outspoken would often ‘keep us on the right track.’

During the tribute, Cormac Begley played a set including ‘O’Neill’s March’ and Conor Connolly played a set of reels that illustrated the influence of MacMahon – pronounced cuts, intricate variations and driving rhythm.

At the end, Éamon McGivney of Scoil Samhraidh Willie Clancy presented the musician with a lamp, in reference to his 1980s television programme, Bring Down the Lamp. 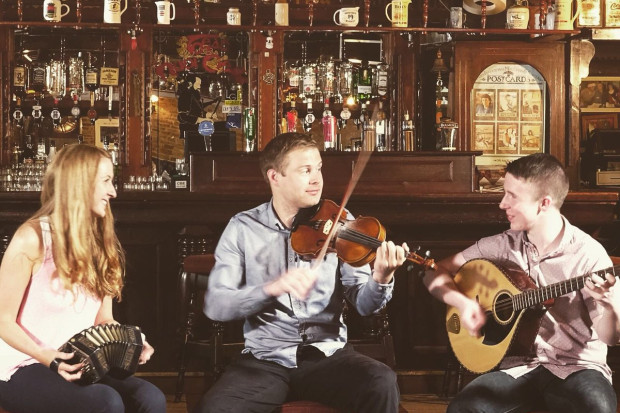 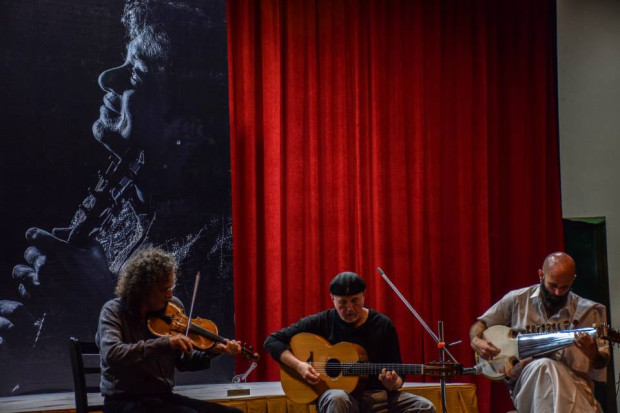