The Sligo International Chamber Music Festival is online this year with four concerts to be streamed from Saturday to Monday, 1–3 May.

The festival opens on Saturday at 2pm with a performance from Berlin by the Vogler Quartet. The ensemble will perform Waltz Op. 54, No. 1 by Dvořak and the String Quartet Op. 18, No. 4 in C minor by Beethoven, as well as talking about their hometown Berlin and bringing viewers to some iconic parts of the city.

Contemporary Hour
The festival has commissioned three new works that will be premiered at 4pm on Saturday. The concert, titled Contemporary Hour, will be presented by Evonne Ferguson of the Contemporary Music Centre. Fionnuala Moynihan (piano) will perform After by Benedict Schlepper-Connolly, Malachy Robinson (double bass) will perform Maps of Awakening by Deirdre Gribbin, and Dermot Dunne (accordion) will premier Across the empty squares by Judith Ring.

Commenting on the genesis of the new work, Schlepper-Connolly said:

I found myself going back to recordings of Mozart’s piano sonatas (and his handful of fantasias) over the course of the early months of the pandemic – something about their clearness cutting through an increasingly opaque present, maybe. After – which springs out of some very distant echoes of the Fantasia in C Minor, K. 475 – was written months later, as a true after time began to move into view.

Ring’s piece was inspired by news reports from Italy during lockdown depicting people watching each other across the empty squares from the confinement of their apartments and balconies. ‘The piece itself,’ the composer says, ‘is an atmospheric, almost cinematic representation of the anxieties and frustrations a lot of us have felt over the past year.’ Gribbin’s work explores the concept of geographic and emotional maps; she recalls that ‘During Lockdown of 2020-21 maps were my source for adventure and exploration beyond the confines of life and work in a small and often stifling geographical space.’

Reimagined Mussorgsky
On Saturday evening at 6pm, there will be a concert by Moynihan (piano) followed by Vashti Hunter (cello) and Jonian Ilias Kadesha (violin). Moynihan will play Tread Softly by Rhona Clarke and pieces from Tchaikovsky’s The Seasons. Hunter and Kadesha will perform the 3rd movement from Kodály’s Duo for Violin and Cello as well as Greek composer Nikos Skalkottas’s Duo.

The festival concludes with a version of Mussorgsky’s Pictures at an Exhibition specially arranged for accordion, violin (Mia Cooper), saxophone (Nick Roth) and double bass (Robinson) by Dermot Dunne. The group will also play Kodály’s Dances of Galánta.

Each concert will be streamed at the same time on Sunday and Monday. Tickets are €10. 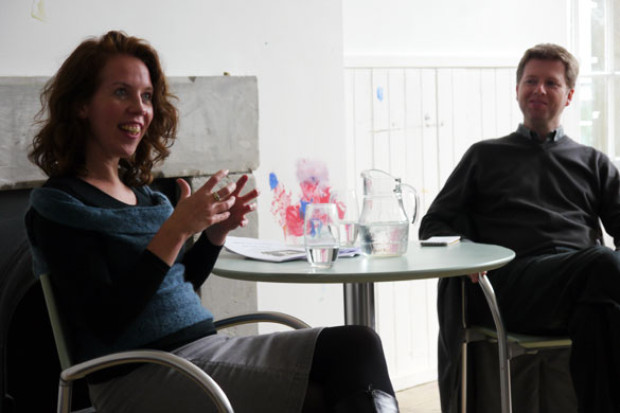 Stoke the Fire
Garrett Sholdice
Performances at the 2011 Sligo New Music Festival were about total immersion and intense focus, hinging on the listeners' willingness to share in a slow, smouldering process.
May 11, 2011