A portrait of Sinéad O'Connor from the cover of 'Rememberings'

A Gripping Memoir Woven Through with Trauma

In her recently published memoir, 'Rememberings', Sinéad O'Connor takes ownership of the narrative around her life and music, writes Laura Watson.

About two thirds of the way through Rememberings, Sinéad O’Connor asserts that, ‘if anyone wants to truly know me, the best way is through my songs. There is nothing I could write in this book or tell you that would help you get to know me.’ As is so often the case in this frank and gripping memoir, the artist addresses readers directly. Her foreword tells us there are two narrators – ‘I see the first voice as a ghost’s and the next as a living woman’s’ – because in the first part ‘it was necessary for me to let the child inside me speak.’

The material is chronologically organised, spanning a traumatic childhood in Dublin to reflections on Covid in April 2020. While O’Connor is forthright about the fragmentary nature of her ‘rememberings’, her narrative contains multitudes. Often unsettling and occasionally contradictory, the unflinching detail convinces you of the sincerity of her perspective. As a girl she admits to becoming ‘addicted to stealing’ in an effort to please her mother; she elaborates on how the pair teamed up to target charity collections and exploited their ‘posh accents’ to gain people’s trust. O’Connor’s assessment of some of her musical output is just as candid. ‘I absolutely hate it,’ she says about ‘The State I’m In’, a track which her record company forced her to include on Faith and Courage (2000); ‘I think it destroyed the album.’ Family, faith, the survivor’s voice, and music emerge and intermingle as themes. What might catch readers off guard is the abundance of witty anecdotes and warm humour. Moments after lamenting her strained relationship with her brother Joseph, which she attributes to the fact that ‘it is hard for children of abuse to be around each other’, she jokes that they should have made an album together and called it ‘Fuck the Corrs. But the fights would have made Liam and Noel Gallagher seem like pussycats.’ The book’s vast emotional terrain, sometimes navigated at speed, therefore features abrupt tonal shifts which can occasionally leave the reader disoriented.

‘I’ve seen this before’
O’Connor has spoken before about the emotional and physical abuse inflicted by her mother. Harrowing memories are evoked in the book’s early passages: ‘I’m the kid crying in fear on the last day of term before the summer holidays. I have to pretend I lost my field hockey stick, because I know my mother will hit me with it all summer if I bring it home.’ The story of her adolescence subsequently changes scene to another setting where abuse was rife: An Grianán reformatory, part of the High Park laundry in Dublin. O’Connor witnessed the brutal treatment of a fellow resident who gave birth there; her elation at becoming a mother turned to devastation when her infant son was removed from her. O’Connor remembered: ‘All she does is cry her poor heart out all day. She says they didn’t give him to his father, and she doesn’t know who they gave him to.’ Years later, after her recording of Prince’s ‘Nothing Compares 2 U’ had made her a star, she was renting a house in Los Angeles when she was invited to Prince’s home nearby. Documenting how he psychologically terrorised her, she recalls thinking during the ordeal: ‘I’ve seen this before. I grew up with it.’ Trauma is woven through Rememberings.

O’Connor’s autobiography also taps into bigger conversations about bleak episodes in Irish society over the past fifty years, some of which have only been aired in public in more recent decades. For example, the singer’s account of incarceration in the Dublin laundry in the early 1980s stands as a form of survivor testimony. Later, O’Connor’s drive to escape Ireland for London in the mid-1980s resonates with another struggle embedded in the Irish psyche: emigration. Leaving, she says, was ‘the best day’ of her life but she finds her new home lonely and frightening.

Artistic development, personal and spiritual growth
This is the personal story of a globally successful popular musician. Its rich exploration of her inspirations, creative process, and recordings is destined to appeal to legions of music fans. The chronological format enables O’Connor to construct a history of her artistic development in parallel with her personal and spiritual growth. Part 1 focuses on the early years; Part 2 centres on her life and career until the pivotal events of 1992; Part 3 comments on the subsequent albums and presents further autobiographical insights. Religion is never far from the author’s mind. She reflects on a spiritual journey through Catholicism and Islam, denounces the Catholic Church, and discusses the creative affirmation of her faith in Theology (2007), an album which ‘took virtually all the lyrics from Scripture.’ Yet, for all its religiosity, this book does not skimp on tales of rock’n’roll debauchery.

Rememberings also contributes to a catalogue of writings documenting systemic misogyny in the music industry. Performers such as Chrissie Hynde and Carrie Brownstein have already tackled this subject. For her part, O’Connor illuminates the perils of being an independent younger woman in this profession. Upon discovering she was pregnant during the recording of her debut album, the record label dispatched her to a doctor who attempted to manipulate her into terminating the pregnancy, admonishing her that because the label had spent so much on her career, she ‘owe[d] it to them not to have this baby.’ Resisting unsolicited advice about not juggling the music business and motherhood, O’Connor points out later that she has toured as a means of supporting her four children. Her decision to rip up a photograph of Pope John Paul II at the conclusion of her 1992 appearance on US television show SNL prompted another ugly backlash – Frank Sinatra, she writes, publicly threatened her. Undeterred, O’Connor pursued her artistic vision, which, notably, included making motherhood central to her 1994 album Universal Mother. ‘My Darling Child’ is ‘a lullaby and a love song’ to her son Jake, then a toddler, who also contributed his own ‘performance’ to the album with ‘Am I Human?’ To her satisfaction, the decision to break a ‘taboo’ and write songs on ‘the topic of family’ generated critical praise.

Interventions
I have highlighted some of the more radical qualities of Rememberings, although in other respects the book can be considered a typical rock memoir – an individualised small-scale music history, citing a canon of key figures, historic performances, and landmark recordings. Memoirs, however, also impel musicians to stage interventions in the dated UK/US-centric rock histories that persist; such reappraisal especially matters when the author-subjects have been sidelined or reduced to caricatures. Rememberings prompts O’Connor to tell her side of the story, to assert that the infamous SNL incident ‘re-railed’ instead of ‘derailed’ her career. Elsewhere, she writes her native city into her musical history, in ways that challenge clichéd associations of 1980s Dublin with U2. Her account of life in High Park reformatory is unsettling for obvious reasons, although it is equally startling to learn that this institution played a formative role in O’Connor’s development as a performer and songwriter. Popular folk band The Fureys ‘played a gig downstairs in our little concert hall’, which the girls were permitted to attend. O’Connor found their performance of ‘The Lonesome Boatman’ profoundly moving and the concert made her want to be a musician. One of the High Park nuns, Sister Margaret, nurtured O’Connor’s burgeoning talents, buying her a guitar and organising lessons with Jeanette Byrne. Through Byrne, the young singer met the band In Tua Nua and, with the blessing of Sister Margaret, made a studio demo of ‘Take My Hand.’

To return, finally, to O’Connor’s insistence that the songs are the best way to know her: this claim seems indisputable as far as personal, spiritual, and artistic expression go. Still, Rememberings makes the singer ‘known’ to audiences in ways that deepen their understanding of her creative vision and work. Nothing is out of bounds – family history, her colourful love life, health struggles, which have included a breakdown and psychiatric treatment. Although gossip has previously surfaced in public forums, here O’Connor takes ownership of the narrative. Her authorial voices may be less visceral than those she renders in sound, but they are an invaluable record of what it has taken for the artist to produce those sounds.

Rememberings by Sinéad O’Connor is published by Sandycove and available to purchase in hard copy and as an audiobook. Visit www.penguin.co.uk. 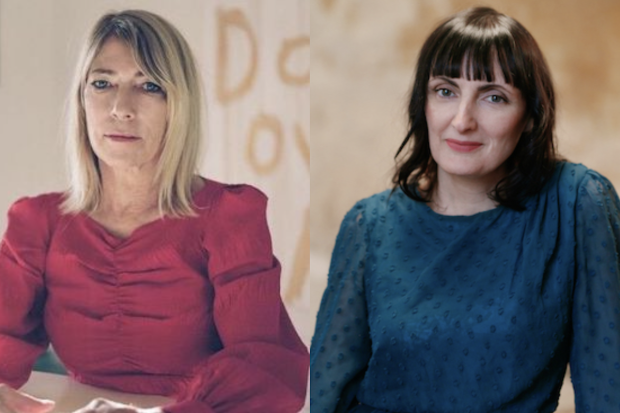 A Limited Edition
Laura Watson
A new collection of essays, 'This Woman's Work', focuses on the female experience of music and aims to challenge 'the historic narrative of music and music writing being written by men, for men’. Laura Watson reviews.