The Manipulation of Music Goes On

The folk music revival in Ireland, generally associated with the 1950s, 60s and 70s, was an important time. How many of us would be playing this music today were it not for the artists, recordings and ideas of that era? New generations are still seeking a deeper understanding of the work of those artists, whether it is Aoife Ní Bhriain and Liam O’Connor exploring the work of Tommie Potts, Doireann Ní Ghlacáin examining the legacy of her grandfather Seán Ó Riada, or Louise Mulcahy delving into the work of Liam O’Flynn or interrogating the history of uilleann piping with her work into female piping history. Our appreciation of the achievements of the previous generations are only growing with time, and we are in an age where we have many scholars undertaking detailed research into the nuances of this music. Many of the leading artists of that time are also thankfully still with us.

To explore the era of the folk revival, therefore, is to reach into a musically rich time, but also a complex one. There have been Irish television series that have touched on aspects of the subject, but the finest attempt was undoubtedly Mike Connolly’s 2006 three-part BBC series Folk Britannia, which was not about Irish music but nonetheless gave us an insight into the many cultural strands that fed into the music scene here.

Fifteen years later, therefore, with the benefit of more research, more perspective, and the information now available to us, what could we expect from a one-hour RTÉ and Tyrone Productions documentary called The Flourishing (RTÉ 1, 30 December 2021)? The press description says: ‘This hour-long arts documentary begins in the 1950s, a landmark era for the revival of Irish traditional and folk music, and takes us on an intriguing journey to the present day.’ Ambitious, but not impossible given the expertise and insights available today.

The programme opens with the members of Planxty heading out the door for a gig in the early 70s, and the music of the Bothy Band in the background. Images of various other bands appear, from  the 1960s group Sweeney’s Men to Patrick Street of the 1980s. Fiddle-player Paddy Glackin’s voice enters: ‘We were young, we were energetic, and we loved every second of it, and we kicked ass as much as any band ever did.’ Which band is this now? Glackin was a member of the early Bothy Band, when it was called Seachtar, so it must be that, but the recording is of the band when Kevin Burke was the fiddle-player, and the image is of the group when Tommy Peoples had that role. Then there is footage of Glackin and Paddy Keenan playing as a duet around the time of their Doublin’ album, which came later. This kind of jumbled imagery may not matter to some, but it sparks concern about the programme’s attention to detail.

The narrative starts to settle down and there are contributions from Mary Bergin, Andy Irvine, Finbar Furey, Mary Black and Paul Brady. ‘It was all very exciting and crazy and mad – and no tomorrow,’ says Tríona Ní Dhomhnaill. Now we are getting down to it, but Aoife Scott’s voiceover introduces some more platitudes and ambiguities.

The middle of the twentieth century was a culturally precarious time in Ireland. Emigration had changed Irish life, and for those young people left in Ireland, the thrill of the popular music sweeping the Western world was irresistible. It was clear that one of two things would happen: the Irish folk music tradition would either die out or flourish.

Was it so clear? The people of the time didn’t seem to accept that narrative, and be as fatalistic, or optimistic, about the future, but they were certainly trying. Bill Stapleton set up a recording studio in Dublin in 1947 and then the Irish Recording Company, Comhaltas and the Fleadh Cheoil were founded in 1951, the Bedford Arms in London was heaving with Irish emigrants and music in the mid-50s, and Diane Hamilton was funding a new record label and the first Clancy Brothers and Tommy Makem album in New York in 1956. All of this complicates the narrative, but isn’t that the challenge that programme-makers should relish when they come to tackle a subject like this?

Instead, the programme takes a surprising turn, when Professor P.J. Mathews of University College Dublin brings us back to the literary and cultural revival of the early 1900s and draws a comparison with it. ‘Music isn’t very present then,’ he says. ‘It’s not until five or six decades later that you get this extraordinary explosion of music.’ We have to pause here. Does the founding of the Oireachtas, the Feis Ceoil, the Dublin Orchestral Society, and the pipers’ clubs in Cork and Dublin at the turn of the twentieth century not count for something? What about the holding of the first public céilí by the Gaelic League? Or the collecting and writing of Richard Henebry and Francis O’Neill, not to mention the Irish-themed compositions of Michele Esposito, Hamilton Harty and Charles Villiers Stanford? It seems very strange that no Irish music scholars appear to fill out the picture.

No time to dwell on this. We switch back to the early 1960s and the international acclaim for the Irish singer and harper Mary O’Hara. There is a snippet of her performance on the Ed Sullivan Show in the USA in 1961, which shows the heights she had reached. O’Hara is a skilled musician and singer, but is it not the case that the youth-driven, pop-music influenced folk revival was more likely to be a direct reaction to the lighter, more conservative musical image of Ireland that she presented to the world? This isn’t explored. I can understand the importance of challenging the mostly male history of Irish music (was it really necessary to leave out almost entirely the Clancy Brothers?), but if you are going to introduce Mary O’Hara, and draw on the thoughts of Dr Helen Lawlor who has done excellent research into the harp, then it’s important to do the artist and the topic justice. The Flourishing drops in these artists and ideas without applying any clarity.

It is when the programme starts discussing the ballad boom and bars of the 60s, the 1970 Ó Riada sa Gaiety recording, the initial self-consciousness young musicians felt about playing Irish music and then their growing confidence, that we get a better sense of the time. On the rise of the Fleadh Cheoil, Glackin says: ‘It was certainly giving us a confidence…  It was connecting us all up… When we started out we were underground, and now we were beginning to emerge.’ Bergin adds: ‘The transformation came about [because people would] … go to concerts … to listen, whereas before that it was in backrooms in pubs or homes.’ The contributions of Brady, Ní Dhomhnaill, Irvine, Furey, Black and Dónal Lunny, discussing their musical awakenings, are also valuable.

If The Flourishing had been presented as ‘memories of folk musicians from the 1970s’, it would have made sense, but it over-promises by suggesting that it is a history of the folk revival and therefore under-delivers. I suppose we are meant to accept that this is a result of the constraints of broadcasting and the nature of the commissioning process, but, as a musical approach, it is just not good enough.

We begin to understand all of these inconsistencies when we read the credits and explore further the background of the programme. The Flourishing is an initiative by UCD, with a concept by Prof. Mathews, and it was made to explore the role that UCD may have played in the revival through its folklore collection, UCD alumni, and a performance by Planxty in one of its lecture halls in the early 1970s. Many of the contributors have now been awarded honorary doctorates from the university and Brady has received its highest award, the Ulysses Medal. So if we look at The Flourishing from that point of view, its agenda is clear.

But before we forgive this very loosely constructed musical narrative, there are other questions we have to ask.

Does it matter what we say about music? Is it satisfactory for a university to apply this approach to musical history, and to draw in RTÉ for a prime-time Christmas special for its own corporate needs, because it has the resources to do so? Where is the questioning of this approach, which ignores almost all of the other research taking place in other universities, not to mention the perspectives of other artists and commentators outside the UCD circle?

Also broadcast over Christmas was another RTÉ documentary on music from that time, titled How Ireland Rocked the 70s. It featured Barry Devlin from Horslips, Moya Brennan from Clannad, Dónal Lunny and Christy Moore, and Mike Hanrahan from Stockton’s Wing. One has to ask why there isn’t more connected thinking in our broadcasting and commissioning, and why the resources for the two programmes were not pooled, and, just once, to do the job properly. 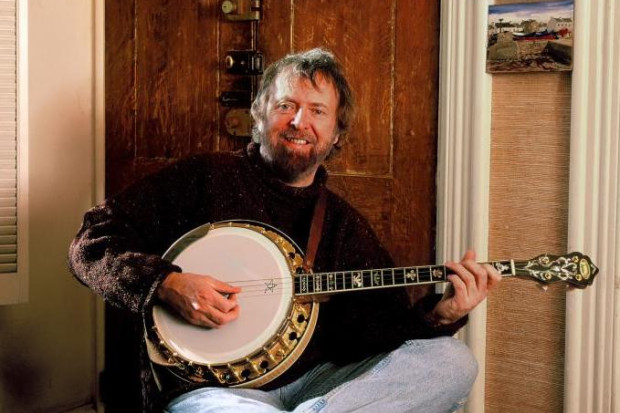 RIP Mick Moloney
The Journal Of Music
Influential figure was deeply involved in the Irish-American music scene as a performer, organiser, teacher and lecturer.