The Unresolved Mystery of David Gray

A new documentary explores the extraordinary story of David Gray and Ireland in the 1990s, the making of 'White Ladder', and how it became Ireland's best-selling album of all time, but is the story as simple as it seems? Toner Quinn reviews.

In the first ninety seconds of David Gray: Ireland’s Greatest Hit, the new RTÉ documentary on the singer’s successful 1998 album White Ladder, a number of images from Ireland that decade flash across the screen: crowds with tricolours singing ‘Olé, Olé’, traders on a stock-market floor, a photo-shoot marking the introduction of the euro currency, the businessman Denis O’Brien shaking on a deal, Riverdance on stage, a picture of the broadcaster Pat Kenny opening a bottle of champagne…

Momentarily, Manchester-born, Welsh-raised artist David Gray appears and starts to reflect on the country and decade that changed his life: ‘There was a period of ascendancy in the late 90s that became called the Celtic Tiger,’ he says, ‘based on nonsense a lot of it … but the effects were real… people had more money in their pocket… it was sort of a buoyant, hopeful time. The older Ireland was being replaced by a newer version and that definitely was a part of what fed into White Ladder.’

Gray started performing in Ireland in the early 1990s, and established a following that he didn’t have elsewhere. His fourth CD, White Ladder, became the best-selling Irish album of all time, and still is, followed by Abba’s Greatest Hits, A Woman’s Heart, U2’s The Best of 1980–1990 and Christy Moore’s Live at the Point. These artists built up their audiences over decades. Gray did it in six years. How did he manage it?

You can do anything
Donal Scannell’s documentary starts by taking us back to Wales where Gray lived from the age of eight. The musician speaks about his first performances and the development of his interest in music. His mother Kay Coram provides a sliver of understanding into his upbringing: ‘My parents were intellectuals,’ she says, ‘so I couldn’t do all the things I wanted to do… so I said to them [her children]: You can do anything you like as long as you’re passionate about it.’ Gray’s attention turned entirely to music.

The documentary skips forward to Dublin and Cork where Gray played his first Irish gigs, and mentions how the RTÉ television series No Disco unearthed his music and helped him build an audience here. No Disco appears to be key, and the absence of presenter Dónal Dineen from the interviewees for Ireland’s Greatest Hit is surprising and a key perspective missed. Nonetheless, Gray and long-time collaborator ‘Clune’ (drummer Craig McClune) convey how Irish audiences, ‘very very passionate fans’, supported Gray’s music when no other place did, and through some financially difficult times (his wife Olivia had suggested at one stage that he become an estate agent) until eventually White Ladder changed his fortunes, to the extent that he and his band toured for three years after its release. It had sold 350,000 copies in Ireland by 2002, and, after its release in the UK in 2000, sold 2.9m copies over the next ten years.

In the second half of the programme, we learn how he set about the recording with producer Iestyn Polson and Clune. They reenact working on the album with a Roland Groovebox in his old house and tell of the excitement when it started seriously selling. In less than a year and a half, Gray went from playing the bar venue Whelan’s to the Point Depot followed by the main stage at Glastonbury. With interviews with Marc Almond, Ed Sheeran, Glen Hansard, Rob Holden (co-founder with Gray of their label IHT Records), and Clune, they recall the swift rise globally, as well as Gray’s father dying during that period. The documentary probes Gray on why he thinks Ireland took to his music and why the album was such a success. Gray doesn’t have a single theory, but certainly knows how valuable it was: ‘The Irish gigs … kept me going.’ Later he says, ‘I feel like it was something that was a lot bigger than me.’

Tidy narrative
The story of Gray and Ireland is a tale worth telling. On the RTÉ website the programme is presented in snappy form: ‘…how David Gray, a broke Welsh singer, made an album in his spare room that became the biggest selling of all time in Ireland.’ I was keen to watch Ireland’s Greatest Hit because it was such an interesting time for the country, but while I enjoyed learning more about the album and the artists around it, the way it glided over a number of issues left me puzzled. Ireland’s Greatest Hit presents a tidy narrative, and it’s a fun reminder of the time, but it doesn’t feel like the whole story, for before White Ladder there were three other albums, and they complicate the narrative considerably.

In 1997, I was actually living in Dublin and was invited to a Gray concert by my neighbours. I’d heard about this singer, but had yet to hear him live. I bought a ticket and, in advance, my neighbours gave me the first three CDs – A Century Ends, Flesh and Sell Sell Sell – to listen to (such evangelisation already hints at the power he had in Dublin). The first thing I noticed was his musicality. Gray could take long lyric lines over simple chords, like Van Morrison on ‘Sweet Thing’ from Astral Weeks, and unwind them like he was moulding hot iron, and at the same time he would paint outside the lines of his songs with his intense voice, at times almost shouting. I worked my way through the three CDs, and then started again. Gradually, I began tuning into the lyrics.

There are songs on these three albums that are so angry and articulate about the world as it was in the 1990s that it is a mystery as to why they are rarely referred to anymore, and why they were generally passed over on Ireland’s Greatest Hit. As a trio of recordings, they have the prescience of Dylan.

A Century Ends raged against society and the youthful apathy of the time, and the untempered economic model that was causing havoc around the world, both environmentally and socially. Gray scorned economic growth for its own sake and pointed to society’s complicity. ‘I’m tearing off the empty wrapping to find an empty package’, he sang, ‘Across the fractured landscape, I see the same things, tired ideas, birds without wings’. On ‘Let the Truth Sting’, he derided complacency. ‘They’re handing out emptiness, we’ll take it cause it’s given, free with this plastic innocence and these standards of living’. Similarly, Flesh took no short-cuts in its messaging: ‘What are you becoming? What have you become? … What is that you’re wearing? Money’s ugly confidence.’ Sell Sell Sell from 1996 saw Gray on the cover wearing glasses covered in price labels. His patience had run out. ‘I beg to differ,’ he sings, ‘To break the chain, To draw a line right through tomorrow … I’ve seen reflections, beneath my skin, and drums beating for battle, in the eyes of children.’

Towards the end of the album, he urges action in ‘Forever is Tomorrow is Today’, singing ‘Inside a candle of defiance… we’re going to need more than money and science, To see us through this world, You say it can’t be done, you’d rather die of fun, GET OUT OF THE WAY!’

The success of White Ladder, on the other hand, was built on five pop singles, ‘Babylon’, ‘This Year’s Love’, ‘Please Forgive Me’, ‘Sail Away’ and a cover of the Soft Cell song ‘Say Hello, Wave Goodbye’, all of which are good folktronica songs that worked brilliantly live, but they didn’t have the piercing descriptions of contemporary society that Gray had perfected.

Pressurised growth
The question as to what those first three albums meant to his listeners in Ireland at a time of pressurised economic growth, and how that fed into White Ladder, is arguably at the heart of the David Gray story. And yet, Ireland’s Greatest Hit does not quiz him on his politics, and Gray may also not be the best judge of his own music. His negative perspective on Sell Sell Sell – ‘I could have made a better record … and should have made a better record…’ – goes unquestioned. Phil Hartnoll of Orbital – who is married to Olivia Gray’s sister – talks about his disappointment on hearing the album, that it was ‘over produced’, and how he urged Gray to record his own album at home, which is what led to White Ladder, although the album is easily more ‘produced’ than Sell Sell Sell.

Not engaging with these first three albums at all, Ireland’s Greatest Hit relies heavily on nostalgia for the 1990s. Between 1995 and 2000, Ireland experienced turbo economic growth. At the same time, peace was brokered in Northern Ireland, and, after Riverdance, Martin McDonagh’s The Beauty Queen of Leenane and films such as Michael Collins, Irish music and culture was becoming truly popular globally. For a country that had been projecting images abroad of atrocities and conflict for three decades, this positive, admiring attention from international media was dizzying. The MTV Awards even came to Dublin.

But another part of the reason for the economic boom was that Ireland had a new generation of young, third-level-educated people who did not emigrate. Suddenly, for the first time in decades, young people were staying. And yet, culturally and politically, they had yet to make their mark and felt under-represented. The voices on radio and television, and in the newspapers and magazines, were those of the 60s, 70s and 80s.

Ironically, it was Donal Scannell, the director and producer of Ireland’s Greatest Hit, that spelt this out in 1999 in the introduction to a book of new Irish fiction, Shenanigans, that he co-edited:

Regardless of what you’re used to hearing about our fabled Celtic Tiger very little has changed in Ireland. The old guard still rule our roost economically, politically and culturally. Whilst we have hordes of frequently praised and displayed ‘cultural ambassadors’ those outside Ireland get a particularly distorted view of what’s really making this new Ireland tick… There is no young literati in Ireland… There does exist this underbelly…

And it was this underbelly that was listening to David Gray’s music and his acid lyrics, and they built up such a head of steam over his first three albums that when White Ladder appeared, they catapulted it to success.

As Ted Gioia writes in his recent book, Music: A Subversive History, ‘What happens in society tomorrow can be heard on the radio today’. Before the end of the decade, anti-globalisation protests would break out all over the world, culminating in the ‘Battle of Seattle’ in 1999 and Naomi Klein would publish her influential book No Logo the same year. The fight against uncontrolled capitalism would reach an entirely new level, and within a couple of years the internet would give a generation the tools to fight back. In the last few years, through the activism of Extinction Rebellion, Greta Thunberg and Fridays for Future, we have finally seen the effect.

Gray anticipated all of this. Amidst 1990s commercial pop, he was a lone voice on this side of the Atlantic, refusing to accept that ‘economic miracles’ were as simple as they seemed. He was our greatest hit, but for many more reasons than White Ladder. 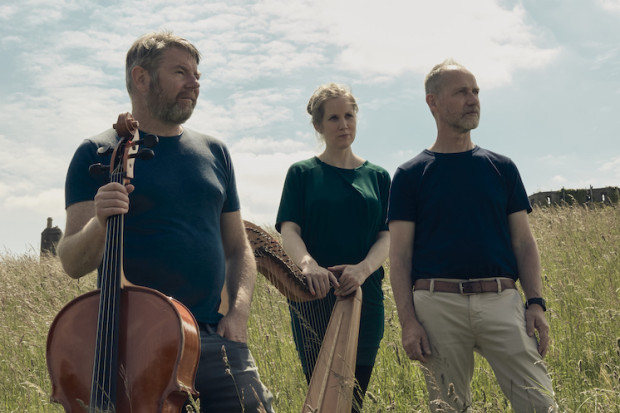 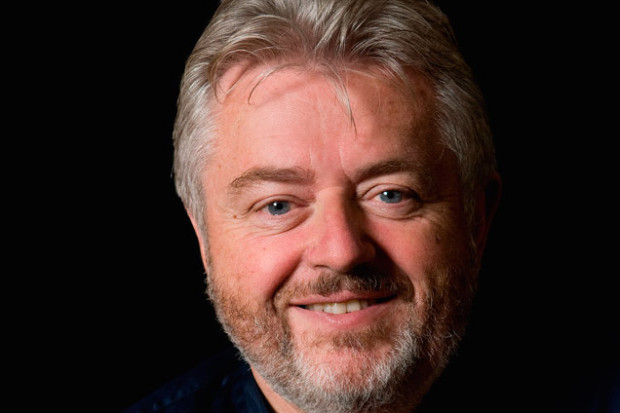 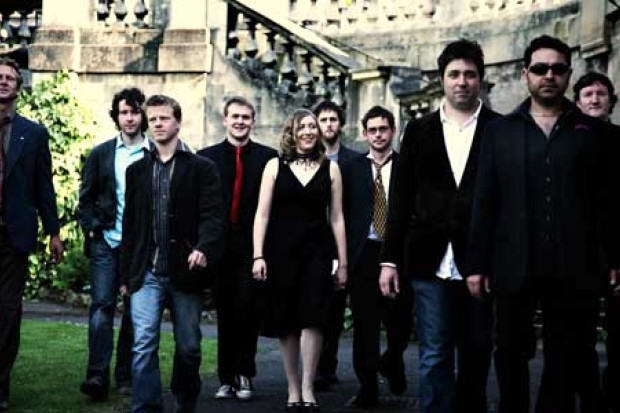