'All Performers Are Storytellers'

This week the Irish mezzo-soprano Tara Erraught spoke to The Journal of Music ahead of her upcoming solo recital of North America. During her tour, which reaches Kansas City (12 April); Sonoma, California (21 April); and Vancouver in Canada (24 April), Erraught will perform music by Brahms, Respighi, Dvořák, Wolf, Händel and Rossini.

Born in Dundalk, the twenty-six year-old singer recently performed in Vienna State Opera productions of Rossini’s Il Barbiere di Siviglia and La Cenerentola. Across this year and next year, she will perform in a new opera by Iain Bell at Theater an der Wien, and will give her second Glyndebourne performance in Richard Strauss’s Der Rosenkavalier.

Erraught studied at the Royal Irish Academy of Music in Dublin, and has been a member of the Bavarian State Opera since 2008. She lives in Munich, but continues her studies in Dublin with Veronica Dunne, who is described as ‘the guiding force in her musical career’.

What drew you to the particular collection of pieces on your North American recital tour?

My reasons for selecting these pieces are very simple. I wanted a program where I feel very comfortable, that musically excites me, and that has good stories to be told. All performers are storytellers, and a recital is the best way to tell those stories. This program excites me, and that, in my opinion, is vital — it is impossible for me to pick a ‘favorite’ song or set in the program, as each is special. The Brahms is very fluid, very lyrical, full music. The Dvořák, for me, is a very special group, not terribly well known, and I am so delighted to bring it into the program. The Wolf — each song is a little opera of its own, such incredible stories.

Is it difficult to separate your opera work from recital work?

I don’t believe that there is a huge difference between opera and recital in a sense of approach. The fundamental differences, of course, being that in opera you play a character with orchestra, other singers, and costumes; in a recital you are alone with just a piano. Each song in a recital has a story of its own, a colour of its own, no different than an aria in an opera. In a recital, you make a story of your own to link the songs together, you travel a path with a character, similar to an opera. In recital, the songs are short and the characters change. You must be flexible. When you live each song, it organically changes.

How do you first start to prepare for a role in an opera?

I always begin by translating the score, followed by some days alone at the piano learning the notes. Usually after four or five days, I bring it to a pianist, and then I begin to let the character organically grow. The closer you get to knowing the role, the more the character comes from your gut. And of course you research the other characters and try and make up a background story for yourself, so that the character becomes alive.

Does being Irish pose a special challenge when working in the opera houses of Vienna, Munich and Glyndebourne?

Being Irish is only an added bonus! We have such a strong tradition of storytelling, and I believe I still use that on every stage. The entire world welcomes the Irish, and I believe we have a lot to offer the stages of the world.

What kinds of support or opportunities have helped you reach this point in your career?

I have been blessed with incredible support, two wonderful Irish teachers in Geraldine Magee and Dr Veronica Dunne. The Royal Irish Academy of Music made it possible for me to join the opera studio in Munich while only in the third year of my bachelor’s degree, and by allowing me to finish my degree while in Munich. I am so lucky also to have unending support from the public in Ireland. For example, when I made my Austrian debut, as Rosina in Il Barbiere di Siviglia in Vienna State Opera, there was an entire bus tour of people from Dundalk there to cheer me on! With my wonderfully supportive family, what more could you ask for?

Do you think there are sufficient opportunities for Irish singers to build a career in opera?

I believe that continental experience is vital. Nowhere else in the world do you find this kind of system, where an opera house turns over forty-five different operas a year. The repertoire you see, the singers you hear, the conductors you meet, the coaches you learn from, the list is endless! Ireland is suffering financially at the moment, but I believe there are many, many talented Irish artists who are blazing trails on the international stage, and they will all proudly tell you where they are from! 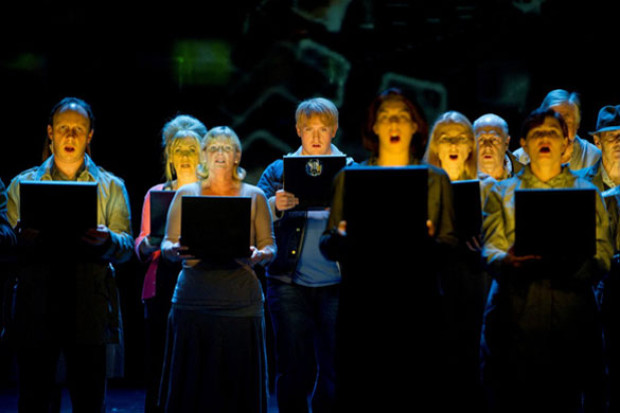