The Unusual History of Ether

The Irish singer, keyboardist and songwriter Rebecca Collins first played together with the Danish jazz guitarist and composer Mikkel Ploug in 2007, but despite a musical connection made, it took years for a real collaboration to take place. In 2011 The Unusual History of Ether was formed; the group, which also features bass player Jeppe Skovbakke and drummer Jeppe Gram, is based in Copenhagen where Collins also now lives, and has just released its first full-length album, A Distant Age. Collins told The Journal of Music more about how the new album came together, about the musical environment in Copenhagen and about bringing the album to life on stage.

‘All of the songs were written in Copenhagen, over the winter of 2011 and spring of 2012. Then we went into the studio to record them last summer. We have established a natural songwriting rhythm by which Mikkel sends me a guitar idea, which I build on with vocals, lyrics, keyboards and then send back to him. From there, we usually work with the others on tweaking the form of the song, the groove, maybe reworking some harmonies.

‘It’s quite an organic process, as everyone has a great appreciation of the craft of songwriting and also everyone can sing well, so lots of ideas are shared and everyone is focused on honoring the song itself. In terms of ideas forming, I think each one of us always has a couple of things brewing, waiting for the right setting in which to express them. From my point of view, I often have words floating around that I’m waiting to drop into the right place. It also has a lot to do with atmosphere. I have very distinct memories of the days when certain songs were written. Usually it’s when I had the whole day to myself and I had enough time to dive right into where a song wanted to go.

‘That’s when songs get written quickly — when you can just “go there”. For example, I remember when ‘Just Dust’ was written. Mikkel sent me the chords, there was a blizzard outside, I had a full pot of coffee and no obligations to be anywhere. I had recently seen a film about space exploration that had made a deep impression on me and combined with the intense silence of a snowy day, I found myself in an atmosphere of magical isolation. A few hours later, ‘Just Dust’ was written.

A Philosophical Point of View

‘The lyrics that I write with The Unusual History of Ether feel more “universal” than the ones I write for my own solo music. My solo songs are by nature more introspective, I feel. This doesn’t mean that the theme of an introspective song can’t be understood universally, or that a song with a more ‘universal’ outlook can’t feel personal. It just means that with The Unusual History of Ether I instinctively write from the perspective of “The Bigger Picture”, and when I look at the bigger picture, I tend to do so from a philosophical point of view. This isn’t intentional, it just seems to be what feels natural with this band, it might change in the future. Up to this point however, it does seem that most of our songs deal in some way either with the dichotomy of human nature, our place in the natural world, human isolation, or moral codes…things like that. There isn’t much romantic love, for example, in our songs. Though, of course, I like to leave these things open to interpretation.

‘Copenhagen is quite a “green” city and is a very calm, peaceful place, by global standards, so from that point of view the environment is very conducive. There is also the element of being an outsider — if you’re not a native in a place, you can really play with your sense of isolation and sometimes use it to your advantage, though it’s a fine line to tread. To be honest, the most important thing about your song-writing environment is that you feel comfortable making music there and I’m lucky enough to have that here. Ultimately though, the best thing about Copenhagen for me personally is that my friends here are all outstanding musicians and beautiful people.

Bringing It to the Stage

‘There isn’t really any adaptation required [to perform the album live] because the final stage of the writing process always involves the four of us playing together in the rehearsal room. So we write what we can play as a four-piece. Then we gig it. By the time we went into the studio to record A Distant Age, we had been gigging the songs for several months so all the arrangements and parts were locked down. So we just went in and recorded live. The only element that’s different, for practical reasons, is the keyboards. In the studio we had access to some wonderful vintage keyboards. They sound really beautiful but are both expensive and extremely heavy, therefore not practical for touring. On stage I run samples through my laptop for the keyboard parts, but some of those samples are quite unique sounds in themselves, so we conversely ended up using my laptop in the studio on some songs! My other bit of stage gear is a vocal fx pedal which I use to recreate the special vocal effects that are on the record, so none of the elements of a song are missing in the live setting.

Ideas from Out of the Blue

‘Mikkel and I first met at the Dublin Fringe Festival in 2006. We had some mutual friends in the Dublin jazz scene and one of them, the drummer Sean Carpio, had arranged a concert for the festival where he invited musicians to play my songs. I think the gig was called Homecooking, and Mikkel was the guitarist. That show inspired me to make my first record Chameleon Blues, and Mikkel was actually the only person from that gig who couldn’t make it to the recording sessions in New York, unfortunately. We were friends from that point on though, and we stayed in touch. A few years later I was living in London and he sent me some ‘guitar ideas’ out of the blue one day, and within a month we had about ten songs written!

‘What Mikkel brings to this collaboration is two-fold. Firstly there are his musical talents; his great skills as a guitarist, composer, drummer and his very broad taste in music. Secondly, there is his talent and experience as a band leader. That’s actually crucial. Being a great musician does not necessarily make you a great band leader. I’m not just talking about the musical aspects of leading a band, but also the practical administrative stuff. Mikkel and I have both spent years as band leaders on our other projects and one of the best things about our collaboration is that we both know how much work is involved.

‘The fact that we split the workload 50/50 is a hugely important element in the functioning of this band. I have known other bands to fall apart because of this, and it is no surprise. Booking tours and promoting records involves so many hours of tedious labour! To split that kind of workload is really the nuts and bolts of collaboration. After that, making music together is almost effortless - a pure joy!’ 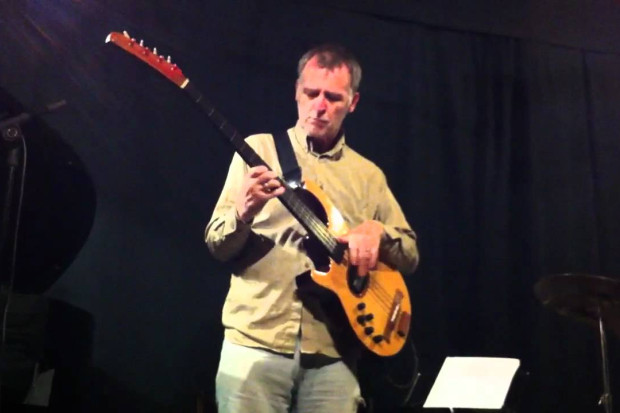