A New Kind of String Quartet

The Dublin-based double bass player Malachy Robinson has founded a new string quartet — not a conventional string quartet, but made up of violin, viola, cello and double bass. The Robinson Panoramic Quartet, which also includes Anita Vedres (violin), Robin Panter (viola) and Kate Ellis (cello), first appeared at a Kaleidoscope event in February with a new commission from the young Irish composer Sebastian Adams.

Robinson wrote to The Journal of Music about his intentions in forming this new group — and explained why the conventional string quartet might have developed without a double bass in the first place.

Haydn knew what he was doing of course, but he might have been surprised had he been told that the format of the string quartet he established would become so dominant. All composers of serious ambition are eager to make their mark in this genre, and rightly so; I do not intend to dispute the potential and versatility of ‘The Quartet’. I merely wish to question its utter domination and to suggest a complementary format that would offer an alternate tonal palette and range: violin, viola, cello and double-bass.

The staggering obviousness of this instrumentation might lead to an instant reaction along the lines of ‘well, if it actually worked it would have been done by now’, and yet there is virtually no repertoire for this grouping. I will suggest why this is. The eighteenth-century double-bass was an instrument in flux, not yet established in it’s physical or musical identity. The light version was really a large viola da gamba, with frets, five or six light strings and a transparent sound, unsuited to playing outside a small range of keys because of its tuning. The heavy version was strung with three or four very thick strings, without frets. The former was used for chamber music and solo playing and the latter to reinforce bass lines in large groups. Neither of these instruments would have been at home in Haydn’s quartet. Mozart and Beethoven continued in Haydn’s genre and quartets were established to play this burgeoning repertoire at the highest level, engendering more repertoire. It took well over a century for the bass to catch up with the others in terms of players’ technique and the instrument’s balance of power and clarity, both being facilitated by advances in string-making technology; but by then it had become established as a distant relation.

The twentieth-century double-bass developed a strong independent identity in jazz. Later in the century, its range and versatility were explored extensively in contemporary music, both solo and in various groupings, encouraging a new approach to the instrument. The modern breed of player is liberated from the role of orchestral doubling; it appears to me that the time is right to consider the alternative string quartet.

The identity of this grouping is not that of a standard quartet with a few extra low notes: the shift in roles for viola and cello changes everything, and the double-bass adds a wealth of potential textures and timbres. Having four distinct voices (rather than two identical ones at the top) invites the composer to explore four identities and also facilitates greater overall equality because no instrument has timbral dominance.

Robinson hopes to commission a number of works for the new quartet over the year or so, culminating in a concert-length programme of works purpose-written for the instrumentation. 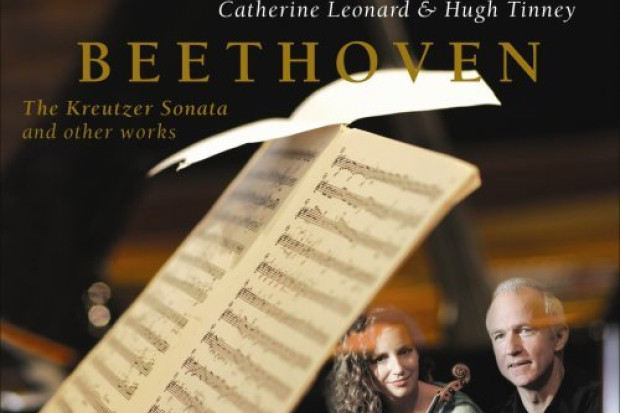