A sketch of Edward Martyn by John Butler Yeats

Odd Box: Some Undignified Use

The opinions of Edward Martyn, founder of the Palestrina Choir

Edward Martyn (1859–1923), a wealthy Catholic landowner from Co. Galway, founded and endowed the (all-male) Palestrina Choir in Dublin in an attempt to raise the level of music in Irish churches. He was also involved in the founding both of the Feis Ceoil (an annual festival of Irish music, song and dance), and, along with his cousin George Moore and the poet W.B. Yeats, the Irish Literary Theatre. He would participate in, or found, two other theatre groups in reaction against the Abbey Theatre.

In the dancing lessons he had been forced to attend as a child, Edward Martyn made no progress ‘beyond being taught to walk like a hen around the room.’ However, his reforming instincts could never be stilled. Anticipating the Michael Flatley revolution by almost a century, he criticised ‘the look of gravity which petrifies the features of every dancer’, as well as the ‘habit of hanging their arms down rigidly by their sides’. A further criticism is very much his own:

Lastly, I come to an objection against Irish dancing which, unlike the two previous criticisms, can be used against the dancing of all other nations in Western civilization. I mean the gross unfitness of its practice by any except those of the female sex. I must say that it has always shocked my aesthetic sense to see a man, nay, even a boy, dance. There is something degrading in the male being thus engaged in this essentially female pastime, and it fills the heart with sorrow and commiseration, as when we see humanity lowered to some undignified use. (Denis Gwynn, Edward Martyn and the Irish Revival, 1930)

Martyn’s attitude to women did not escape the attention of Susan Mitchell, an accomplished writer of satirical light verse, when the Palestrina Choir was formed. She painted him as deserting drama and rising to the heavens where he could sit and listen to:

Edward Martyn had the misfortune to associate with some of the great autobiographers and self-mythologisers of his day, and so tends to be remembered as a minor player in the drama of these more famous lives. He was not entirely without ego himself. One of his articles appeared under the title, ‘How I was the First to Discover Traditional Singing’. 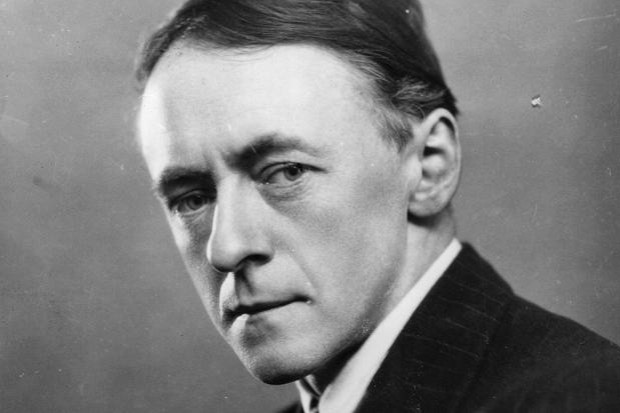