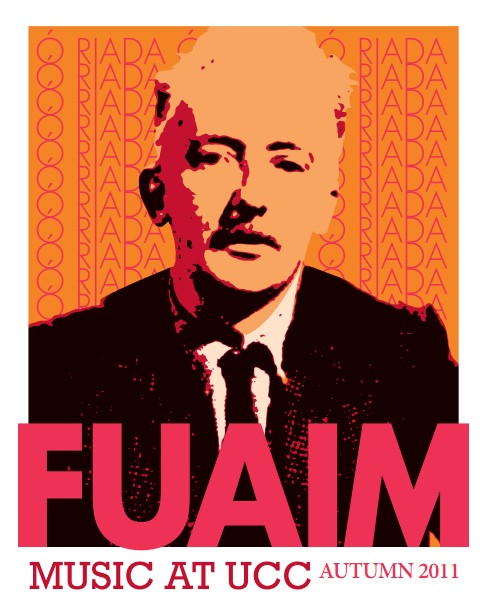 Adding to numerous events that have taken place this year to mark the Seán Ó Riada anniversaries, the Department of Music at University College Cork (UCC) is running its own mini series this December within its musical programme, Fuaim.

First up is the Ceoltóirí Chualann concert on 8 December at Cork Opera House. Though Ó Riada claimed to disband the group in 1969 it has continued to perform from time to time in various contexts since. The current line-up includes several original members: Seán Keane, Seán Potts, Michael Tubridy, Éamon de Buitléar and Ronnie McShane. John Kelly Junior stands in for his father John Kelly, Peadar Ó Riada for his father Seán, and Mel Mercier for his father Peadar. Eamonn McGiveney plays accordion in Sonny Brogan’s seat. This concert is presented in association with Cork Opera House.

The following day, Friday, 9 December, at 5.30pm the Triskel Arts Centre will show Seán Ó Sé: Saol Caite le hAmhráin agus Scéalta / A Life in Song and Stor. This is a new film on the life and music of Seán Ó Sé, produced with the support of the UCC School of Music and Theatre, the Cork Film Centre, and Wheaton College, Massachusetts, USA. It is directed by Matthew Allen and edited by Chris Hurley, and covers Ó Sé’s work in the 1960s in concert, radio, and recording with Ó Riada and Ceoltóirí Chualann, through to his decades of musical performance and story telling since. It presents his musical life in the contexts of his attachment to the Irish language, West Cork and Beara, and career as a teacher and administrator in Cork City. The film features live performances and interviews with associates of Ó Sé from the worlds of music and education.

NOTE: THE SEMINAR PLANNED FOR 10 DECEMBER HAS BEEN POSTPONED.