Kirkos, certainly Ireland’s most individual contemporary music ensemble, has turned ten years old, and celebrated this with a weekend of free concerts (28–31 July) featuring a feast of premieres and new commissions.

The festival opened like a secret: Thursday’s performance took place with little fanfare in Phoenix Park – it was only a few hours beforehand that I discovered where in the park it was (the Hollow bandstand), which might explain why almost no-one showed up. The first thing that happened, which I am only fairly sure was not part of the festival, was a couple slowly dancing to a boombox. What was probably actually the first piece was Daniil Pilchen’s Bikes and Harmonicas (first performed by Kirkos in 2020), which took place almost entirely out of earshot of the Hollow, as the performers (Hannah Miller, Robert Coleman, Sebastian Adams, Tom Roseingrave, Yseult Cooper Stockdale and Miriam Kaczor) cycled all over the Park. But I had a restful lie-down in the warm evening.

This was followed by a Kirkos-devised improvisation, in the bandstand, using the now-upturned bicycles as instruments. The small audience that had by now assembled was invited under the bandstand too, and its warmly resonant acoustics gave a subtle depth to the familiar, homely sounds of bicycles: chains whirring, small bells, and so on. The recital concluded with four pieces from Karen Power’s human nature series, in which field recordings are paired with semi-improvised performances. I found Miller’s and Roseingrave’s interpretations here especially memorable.

Thursday’s was an intimate recital, and one that set the tone for the festival: unexpected, firmly in the Fluxus tradition, and with both a disarming warmth and charm and a confident musicality.

Unit 44
From Friday, the festival decamped to Kirkos’ home venue of Unit 44 on Prussia Street in Stoneybatter. Friday’s concert was given wholly to the world premiere of Susan Geaney’s Tape Melt, an extended work for ensemble, tape, and cassette tape players. Structurally it was a straightforward extended crescendo built on sustained notes and slow glissandi. But the close interweaving of the wide variety of sound sources gave it complexity and interest, and it was a focused, intense and effective piece.

Several events took place on the Saturday: a concert, and two events I had to miss: a film screening of Eimear Walshe’s Land Cruiser (2022), and something called a ‘Fluxus Open Mic’.

The concert opened with a typically charming piece: Judith Shatin’s Zipper Music (2019), here given the world premiere of its quartet version. A quartet of anoraks with zippers, that is: the score instructs the musicians to pull the sliders up and down the teeth of the zipper in specified ways; the result is then given some light electronic processing. The concert also saw the first of two superb works by Jonathan Nangle, Bláth Bán (2021), a tape work in which the white-noise susurration of ocean waves was complemented delicately by the warm sound of multitracked bass clarinets.

This was followed by what was probably the weakest moment of the festival: the odd programming of Kevin O’Connell’s Horn Trio (2017). In one sense the programming was hardly surprising: this fine piece was commissioned by Kirkos, and was played with clarity and intelligence by Miller, Jane Hacket and Ellen Jansson. But this serious, intricate modernism was out of place in this festival of postmodernism and Fluxus, and the thin tone of the stage piano was not up to the demands of the piece (which was scored for an actual piano), and so the whole thing sounded timid.

There was supposed to be a final piece at this concert, the world premiere of Éna Brennan’s Ode to Laura Palmer, but technical difficulties proved insurmountable.

Free sounds
On Sunday, eight works across two concerts brought the festival to a close. The opener was One Hundred Thousand Free Sounds, a short, light work by Kirkos’ founder and artistic director, Sebastian Adams. He has a website where he uploaded 100,000 free sounds; the piece consisted of the audience going to the website on their phones and randomly playing one of them to create an overall choir of aleatory effect. It’s a nice idea, but coding issues with the site meant I spent most of my time trying to get it to behave instead of listening to the music we were creating.

One of the most curious events of the festival was the ‘Fluxus sequence’ devised by Kirkos. Performed primarily by the string quartet of Cillian O’Breachain, Hugh Murray, Adams and Stockdale, it opened with John Cage’s Four (1989), which was interrupted by some awful squelching sounds from the back of the room that turned out to be the beginning of Alison Knowles’ Nivea Cream Piece (1962). While this was going on, Nam June Paik’s Dragging Suite (1963) was performed: the quartet’s instruments were slowly dragged off stage so that the quartet could join in the Knowles by also coating their hands in Nivea Cream and massaging their hands near a microphone. After a few minutes (rather too much) of this, Dragging Music was reprised: the quartet’s instruments were dragged back on stage so that the quartet could play the final piece in this sequence, Ben Vautier’s Monochrome for Yves Klein, Fluxversion II (1963). In this, the quartet performed ‘a classical favourite’ – in this performance Borodin’s Second String Quartet – until behind them arrived four more performers with misters of black ink which they sprayed on the scores, rendering them gradually illegible, until the whole sequence collapsed in embarrassed giggles.

This concert ended with Andy Ingamells’ Monument Piece, written for the festival. In this work, Roseingrave stood atop a stepladder, and on his face was projected a video of what appeared to be a mask which was struck like a zither by an out-of-shot musician (in fact it is Ingamells striking a piano harp with a pencil). He was like a statue or a sacrifice, raised up and assaulted. Meanwhile, Miller, Stockdale, Adams and Coleman slowly circled him while playing their instruments, eventually joining him in a choral echo of Ingamells’ capriciously unpredictable playing. It was a rich and intriguing piece, thoughtfully evoking the uncomfortable relationship we have to monuments of all sorts (including festivals).

The final concert of the weekend opened with two short pieces. The first, a manifesto by Robbie Blake, again written for this festival and for Kirkos, was an uncomfortable piece – the performers all pointedly greeted everyone in the audience personally, before playing while staring dead ahead and occasionally jogging on the spot – but it was more interesting as an idea than as a performance: the improvised music was not very characterful, and this impeded the theatrical devices too. The second, the world premiere of Between Moments by Áine Mallon, was ostensibly a guided meditation based on breathing rather than a piece of music. A video projection of a breathing cycle was accompanied by Miller and Roseingrave who played calm, harmonious music in the tempo indicated by the breathing tempo. As music, I did not find it terribly interesting, and as meditation, the humidity of the evening was heavy enough that I was too focused on breathing in the instructed way to actually meditate.

The majority of this final concert, though, was given to two substantial works: Frederic Rzewski’s classic Coming Together (1974), which the large ensemble (bolstered now by Colm O’Hara and Tadhg Kinsella) performed with precision and vim to huge applause, and Jennifer Walshe’s fantastic film An Gléacht (2015), to which Kirkos performed an improvised score. The programme notes did not indicate who wrote the spare instructions for this performance (important information like this was often absent), but they created a perfectly oppressive and moody soundtrack.

Anti-elitist gesture
A word must be said about the urchins who attended Sunday’s concerts. The concert hall, as an institution, is a church and a citadel: it aspires to be apart from profane, quotidian concerns and, through the defensive armaments of its foyer and its unspoken norms, defends this space against the outside real-life. One of the core aims of Fluxus has been to refuse this opposition between art and the life outside: Cage’s 4’ 33”, remember, is not silence, but the music of the sounds that breach the concert hall’s acoustic defences and which we are trained to ignore. But Unit 44 is an ex-retail unit in the middle of Stoneybatter with single-glazed windows and no vestibule, and has no entrance fee or dress code. Kirkos do all this in order to reject the prestige and safety of the concert hall, and are making a democratic, anti-elitist gesture. But for this gesture not to be hollow, the welcome must be practically extended, not just to the sound of passing traffic, but to audiences who are not trained in how to sit in a concert hall, and not from the implied classical-music class background. Concretely, this looks like restless and noisy young teens. Kirkos, to their immense credit, had the clarity of vision to embrace these outsiders, and the respect was returned with the most enthusiastic and open-hearted response in the room. If any of the young people present are reading this now, I say to you: thanks for coming, and please come again. You shouldn’t be outsiders: this music is for you, and without you it withers and dies.

Kirkos have been doing a lot of interesting things in the last ten years, and this festival showcased some of this. But they spent little time in self-congratulation or reminiscence: the lasting impression was that they are still thirsty to keep experimenting and trying new things, clearly have the drive and talent to bring this about – and the grace and humour to bring us along. 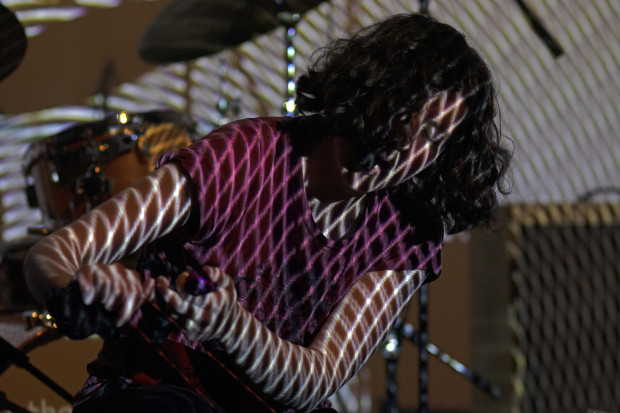 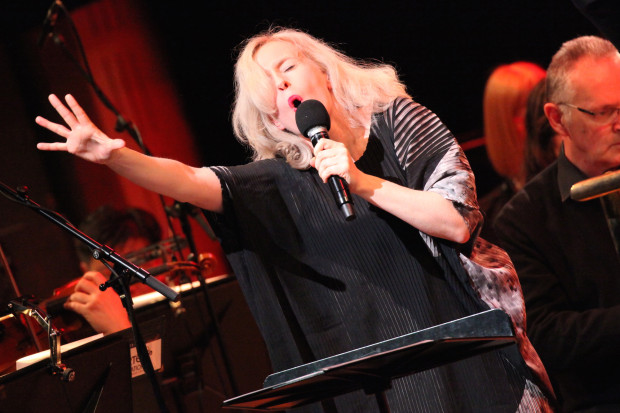 Jennifer Walshe's 'The Site of an Investigation' to be Performed at the BBC Proms
Work for voice and orchestra to receive its London premiere at the Royal Albert Hall. 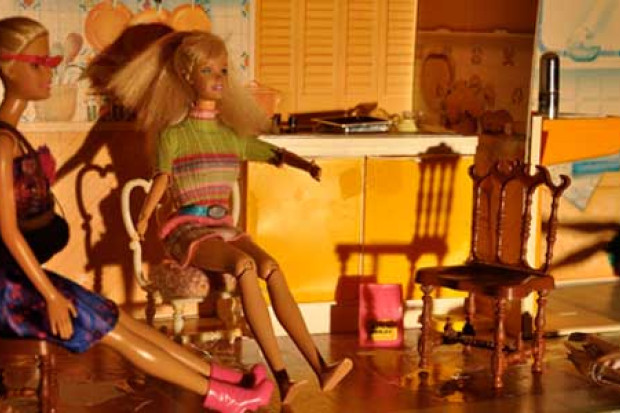