A Distant and Different World

What was the sound world of Ireland like during the fractious 1500s? A recent album by the Irish Consort directed by Siobhán Armstrong, 'Music, Ireland and the Sixteenth Century', provides us with a range of musical insights. Adrian Scahill reviews.

This intriguing album explores and reanimates the murky musical world of sixteenth-century Ireland. This was a period of conquest, brutality, and plantation, when the English began to wrest increasing power over, and indeed began to destroy, Gaelic Ireland and its leaders. The musical culture of the Gaelic nobility was rich, well-developed, with a long history extending back centuries. However, as an oral tradition, our knowledge of how this music sounded is frustratingly incomplete; few pieces remain, and indeed much of this music was only written down at a later stage. The meticulous sleeve notes on Music, Ireland and the Sixteenth Century advert to this, noting that histories of secular music in Ireland tend to ignore this period.

The counterclaim here, however, is that there are enough materials to convey to the listener a sense of the musical world of sixteenth-century Ireland, which the album generally succeeds in doing (with some allowances for this being a ‘long’ sixteenth century). It is probably not accidental that its title echoes the Irish Musical Studies volume Music, Ireland, and the Seventeenth Century (edited by Barra Boydell and Kerry Houston), a pointer to the thorough research supporting this project; it was reassuring to see Seán Donnelly’s work being credited here, as his research has been hugely important to our understanding of music in these centuries. The project as a whole was spearheaded by the redoubtable harper and researcher Siobhán Armstrong, who directs the Irish Consort, a fine collection of singers and instrumentalists including the tenor John Elwes, Irish singer Áine Ní Dhroighneáin, and soprano Róisín O’Grady.

Despite the suppression of Gaelic culture and the perception of the Irish as ‘an inferior people who needed to be civilized or conquered’ (John Gibney), the music of the harp was heard and admired by colonisers and at the English court. But the English brought their own music as well, and it is the inclusion of both Gaelic and English music that makes this such an innovative collection.

Sources
The harp music played here comes mostly to us from later sources: these include ports (a Gaelic term for a type of harp tune) from Scottish manuscripts and lute books, arrangements for keyboard instruments from English composers and collections, and tunes written down from Irish wire-strung harpers by Edward Bunting at the end of the eighteenth century. Some of the harp pieces associated with the famous harper Dennis O’Hampsey (‘Féachain gléis’, ‘Scott’s lamentation’) might be somewhat familiar to those working in the field, but in general this repertoire is rarely heard. An exception is the ubiquitous ‘Da miche manum’ (‘Tabhair dom do lámh’), which is performed here in a setting from a Scottish lute manuscript; Armstrong’s interpretation will sound unusual to those used to the more regular waltz-like rhythm heard today, with a lot more space marking out the different phrases of the tune, and a bass part closer in style to the wire-strung harp basses described and notated by Bunting. Much less frequently heard are the various ports from Scottish collections, which are associated with the Irish harper Ruaidhrí Dall Ó Catháin, who may have fled Ireland in the wake of the upheavals of the early decades of the seventeenth century. These are complex tunes without the usual repetition (or indeed Italianate figurations) heard in later Irish harp composition, and Armstrong’s sparse yet sonorous basses give the melodies the gravitas they require.

The survey of Tudor music from the English tradition begins with the short unaccompanied song ‘A the syghes’, one of a number of works associated with or composed by Henry VIII (some of which are available in this MS collection which has been digitised by the British Library). These are sung solo by the tenor John Elwes, who is a convincing advocate for these refined and graceful compositions. The supporting parts in the other songs are played here by members of the Irish Consort rather than being sung (e.g. the canon ‘A Robyn’ can be sung unaccompanied by a number of singers), demonstrating that there is (as with the transcriptions of Irish tunes) a certain elasticity in how the notations from these manuscripts are realised in performance. This sequence of six songs concludes with the sprightly ‘Pastyme with good companye’, a paean to the pleasures of conviviality. These songs (and other pieces) are unquestionably representative of the music of the period, but it is in other pieces from this collection that the interaction between these two traditions (Gaelic and English) can be determined.

Adaptations
The most celebrated tune from this period must be ‘Cailín ó chois tSiúire mé’ (I am a girl from the banks of the Suir), which had already made its way to England by the sixteenth century. It appears here in three guises, revealing its attractiveness to adaptation by composers and poets from both Ireland and England: Ní Dhroighneáin sings an eighteenth-century Gaelic text composed to the tune, subtly ornamenting the melody in a traditional style (‘Cailín ó shruch Íordáin mé’); Elwes performs a sixteenth-century English lyric which uses the title as a refrain; and Armstrong adroitly reworks William Byrd’s keyboard arrangement of the tune for Irish harp and bass viol. Other tunes are reconstructed (or reverse engineered) from similar cross-cultural arrangements, as with the ‘Irish ho hoane’, a keyboard piece from the seventeenth-century Fitzwilliam Virginal Book. Here Armstrong slows the tempo, transforms the tune into a modal version, and thins out the texture by playing the type of slow-moving octave basses and chords that Gráinne Yeats derived from a range of eighteenth-century printed sources. It’s an interesting experiment and certainly changes the character of the tune; whether it is closer to any original is open to question, as it seems in a very similar rhythm to other songs and dance tunes of the time – ‘Callino Casturame’, ‘Trenchmore’ (both included here), ‘Sellenger’s Round’ and ‘Greensleeves’ all have comparable opening rhythmic gestures (those interested in hearing and comparing with the originals should check out Pieter-Jan Belder’s monumental survey of the Fitzwilliam book). Indeed Armstrong suggests in the notes that these tunes might be examples of early jigs, another of which included on this recording being the ‘Whip of Dunboyne’. This is paired with ‘Trenchmore’ in a setting that both evinces its quality as a dance tune as well as exhibiting how these tunes became the basis for more elaborate instrumental variations. This interweaving of traditions also resulted in some of the most unusual pieces here, the European medieval dances composed by Cormac MacDermott, an Irish harper active in England from the end of the sixteenth century. These stately court dances make a striking contrast with their livelier Irish counterparts, and afford the consort’s string players a chance to revel in the sumptuous lines of some richly polyphonic compositions.

There are some oddities and idiosyncrasies too though. While beautifully sung with an understated harp accompaniment (a practice which had a long history in Ireland according to Ann Buckley), the opening plainchants from St Canice’s Cathedral in Kilkenny are the only religious pieces included here and slightly unbalance the programme as a whole. And while Siobhán Armstrong’s playing is flawless and convincing in its recreation of a sixteenth-century harp style, she has a tendency to play tunes once only – this might be historically informed performance practice (it isn’t stated), but perhaps tunes like ‘Port Ballangowne’ would benefit from being repeated, and would allow listeners to better grasp the shape of these unusual pieces.

This is an extensive and rich album though, and admirably succeeds in its aim of depicting the sound world of Ireland in the 1500s. Not only does it convey the distinct musical and stylistic qualities of both Gaelic and English musical traditions, but it deftly illustrates the connecting threads between them, despite the fractiousness of the century. It also strikingly shows how different (and perhaps distant) this music is from the musical traditions of modern Ireland (and indeed Britain and Europe). Hopefully this album will help collapse this sense of otherness, and bring this unfamiliar repertoire to the wider audience it deserves.

Music, Ireland and the Sixteenth Century by the Irish Consort directed by Siobhán Armstrong is available to purchase here. 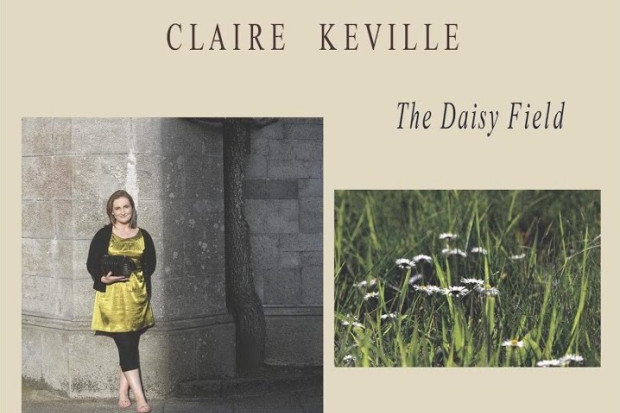