From the cover of Robocobra Quartet’s ‘Living Isn’t Easy’

Robocobra Quartet – Living Isn’t Easy
Robocobra Quartet have this month released their third studio album Living Isn’t Easy on First Taste Records. Including previously released tracks ‘Wellness’, ‘Heaven’, and ‘Night’, Living Isn’t Easy is a concept body of work, loosely based on one man’s experience of modern life. Themes such as corporate culture, the housing crisis, suicide, childhood trauma, and sexuality recur throughout its nine tracks. Chris Ryan sings throughout in his signature style of talk-singing and influences of jazz, avant-garde and post-punk are blended in a distinct, unique way. ‘Chromo Sud’ is a thirteen-minute long exploration with moody sax and repetitive vocals, while ‘Wellness’ is an up-beat, bizarre take on the modern online trend of wellness. Ryan – who produced the album and has worked on the recordings of other bands such as NewDad, Junk Drawer and Just Mustard – recorded the vocals of every track in one sitting. Closing track ‘Night’ winds the record out in a sleepy haze of synth, brass and whispering percussion.

Robocobra Quartet have recently announced a tour of the UK and Ireland this September, with dates booked in Limerick, Dublin and Belfast. Visit: https://www.robocobraquartet.com/

Seán Keegan – A Bird Never Flew on One Wing

Seán Keegan plays mandolin, tenor banjo and fiddle, but is also well known as a recording engineer and producer and has been involved in albums by artists such as Liam O’Connor, Fidil, Charlie Lennon and Caoimhín Ó Fearghail. Now he has released his own fine solo album, A Bird Never Flew on One Wing, with 15 tracks on which he is accompanied by John Blake (guitar, piano and bouzouki) and also joined by his wife Simone Keegan on fiddle. The album is strong on traditional repertoire, with Keegan’s teacher, the late Brendan Mulkere, cited as the source for a number of tunes. There are also great tunes sourced from Jesse Smith, Booby Casey and Ó Fearghail. Keegan studied classical mandolin at Trinity College of Music under Alison Stephens. With gentle, rhythmic playing throughout, the mandolin solos are a particular highlight.

To purchase A Bird Never Flew on One Wing, visit https://seankeegan.bandcamp.com/album/a-bird-never-flew-on-one-wing

The Carole Nelson Trio – Night Vision
Night Vision is the third album from The Carole Nelson trio, the jazz act centred around Nelson’s composition and piano work accompanied by Cormac O’Brien on bass and Dominic Mullan on drums. The trio released their debut album One Day in Winter in 2017, and their second, Arboreal in February 2020. Nelson, O’Brien and Mullan all contributed to composing the record’s ten tracks which were recorded and mixed by Ivan Jackman at Hellfire Studios in Dublin. The music was inspired by the seclusion experienced during the pandemic. Ideas of landscape, rocks, seas, bogs, and the wildlife that Nelson observed around her such as foxes, hedgehogs and birds all come together under themes of darkness and night. The record is subdued and minimalist at times, reflecting the sense of quiet and calm that arises at night. Title track ‘Night Vision’ bolsters a cajoling melody on piano, while ‘And Still the Birds Sing’ is bright and hopeful, with its rustling percussion and descending bass lines. The record also features more of an improvisational element than the previous two albums. ‘As we laid down the tracks, some worked, and some didn’t,’ said Nelson. ‘On the last day Ivan pressed record and suggested we play freely. We spent an hour improvising and the magic happened… To me the music is mysterious, elusive, playful and unafraid.’ Visit: http://www.carolenelsonmusic.com/blog

Ailbhe Reddy – A Mess
‘A Mess’ is the new single from indie-pop musician Ailbhe Reddy. It follows recent single release ‘Inhaling’, and her 2020 album Personal History. ‘A Mess’ is a fun, fast-paced, fuzzy guitar song about feelings of insecurity and failure in relationships. ‘I’m trying my best is that not enough For you right now? / I always let you down’ Reddy sings in the melodic, catchy chorus over a chunky guitar accompaniment. The song was recorded and mixed by Tommy McLaughlin in Attica Audio in Donegal, and features a music video directed by Georgia Kelly. Visit: http://www.ailbhereddy.com/

TRÚ – Plyve Kacha
Belfast-based folk act TRÚ have this month released a new single, ‘Plyve Kacha’. The song is a tribute to the people of Ukraine and carries with it a deep personal connection for the trio as multi-instrumentalist band member Michael Mormecha is of Ukrainian heritage on his father’s side. ‘My grandfather, Ilkaro Mormecha, was 18 when the Nazis took him from the village of Dunaiv in western Ukraine,’ says Momecha. ‘After the war, he made it to Scotland as a refugee. My own father, Michael Mormecha, fell in love with an Irish girl while serving in the British army and I grew up around Lisburn.’ The sombre song centres vocal harmonies on a subtle acoustic guitar accompaniment with lyrics sung entirely in Ukrainian. The piece is a traditional Ukrainian choral song that tells the story of a young soldier and his mother lamenting his inevitable fate. ‘It was a very emotional process for me to sing together in Ukrainian at this time. It’s such a sad song,’ says Mormecha. ‘We were joined in studio by our Ukrainian friend, Irina, whose translation imbued the song with profound and intimate meaning for us. She also laughed a lot at our pronunciation while we were learning the words. She kept us right in the end!’ The band also released an episode about the song on their podcast The TRUcast by TRÚ. Visit: http://www.tru-music.com/

Ragerra – Hone
Dublin indie trio Ragerra have recently released a new single ‘Hone’. The song follows their previous single ‘Runaway’ and their debut album Primal Features, released in 2021. ‘Hone’ is a chilled out, dreamy track with a repeated motif on synth that builds to a chorus with heavily distorted electric guitar. It was written about lucid dreaming by singer Mark Boyle who was experiencing sleep paralysis on a nightly basis when he composed it. ‘It brings the listener into a dream-like state in parts,’ he says, ‘and then rallies into explosive moments, giving the listener a false sense of security similar to a dream.’ In July, Ragerra perform a number of dates in the UK as support act to The Blue Stragglers. Concert dates in Ireland are to be announced soon. Visit: https://www.facebook.com/Ragerraband 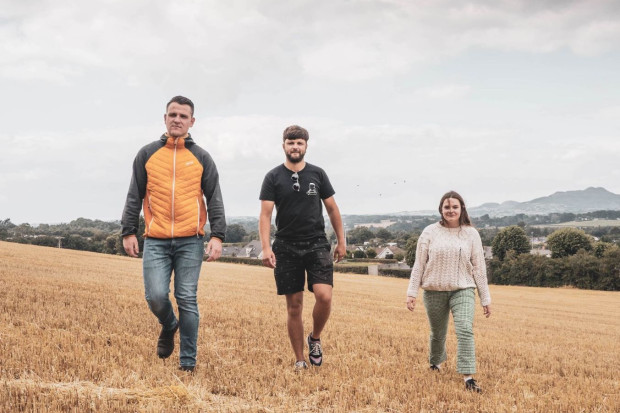 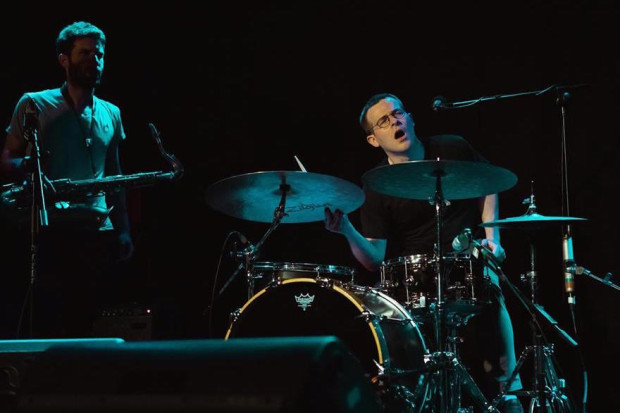