Not Its Usual Scream

The Moonlight Sonata has to be one of the most recorded works in the repertoire. It’s the case where, if you have more than a handful of classical albums in your collection, you probably already own it by default. And while it’s true that it has a wealth of nuance, there is also a wealth of interpretations out there. There are not just enough recordings, but enough very good recordings, to keep anyone happy for a very long time.

That’s the challenging context in which Michael McHale’s new album arrives – not only featuring the Moonlight Sonata, but centring it. Moonlight pairs two very well-known Beethoven sonatas, the other being the Appassionata, with two new preludes by the Irish composers Linda Buckley and Áine Mallon. McHale’s stated aim is to combine established canonic works with new music to bring ‘fresh context for appreciating both the old and the new.’ I’d heard McHale play before, but only contemporary music, and admired his technique and clarity of tone. But the questions nagged me even before I pressed play on the album: would his approach to the Beethoven be traditional or radical? And if the former, would the paired preludes be enough to make them feel fresh?

The first half-minute of Buckley’s Solas na Gealaí is a slowly unfolding arpeggio, an ambiguous sequence of notes that undulates gently between implications of major, minor and diminished. It finds stability at a high, bright chord, hanging over the dark opening. Light triplets evoke the first movement of the sonata – and it’s the first movement that gets the most attention throughout the prelude, with Buckley drawing on chord progressions, rhythmic ideas and even the restricted dynamic range. The material is familiar enough to recognise easily, but it never proceeds predictably. It’s as though she’s picked up the first movement of the sonata like a Rubik’s Cube, given it a couple of skilful half-turns, and placed it back down as something different.

So the approach here is to build a prelude from fragments, and allow the sonata to feel as though it is the outcome of those fragments. In that it works well, ending ambiguously though in a place that feels close to E flat minor.

‘Controlled’ is the key word throughout McHale’s performance of the Moonlight Sonata; a sense of restraint very audible in the first two movements, allowing for some lovely timbral variation from moment to moment and section to section. But it comes to a fore in the final movement, played a little under its normal tempo but with exceptional clarity. It becomes not its usual scream, but a suppressed, almost internal howl of anguish.

Harmonic link
Mallon’s episodic Raindrop Prelude is more loosely tied to its accompanying sonata: the prelude opens with a minor arpeggio rising from middle C; the sonata with a minor arpeggio falling from middle C. Though there are melodic and motivic connections, the main link here is harmonic, making much of the Neapolitan sixth progression that Beethoven features throughout the sonata.

Appropriately, there’s a fire in the Appassionata, one absent from the Moonlight. Where its dynamics had often felt suppressed, even in the last movement, the Appassionata breathes freer. McHale’s piano for these recordings is one with a very dry, dark sound and a clear bass, which suits his meticulous style. And, like in the Moonlight, that style shines best in the finale, where McHale’s clear, pointillistic playing imbues the semiquaver passages with electricity, even in the headlong rush of the Presto conclusion.

This is McHale’s second release on Ergodos combining works by canon composers with newly commissioned ones, after 2016’s Schubert: Four impromptus, which interpolated Schubert’s Op. 90 impromptus with works by Simon O’Connor, Benedict Schlepper-Connolly, and Garrett Sholdice. I’ve listened to both in recent days, and I like their concept and ambition. There are beautiful moments and fine playing in both, and effective invocations in the new works of the older ones.

But whether the new music brings fresh context, as McHale hopes, is debatable. The preludes will have mostly left the mind by the time the first movement of each sonata ends, and even on repeated listenings the sonatas feel for the most part as if they stand alone. It’s interesting to hear the material reassembled, though, and as partners to the sonatas, the preludes – especially Buckley’s – work well.

Moonlight is released on the Ergodos label. To purchase a limited edition CD, visit https://ergodos.bandcamp.com/album/moonlight 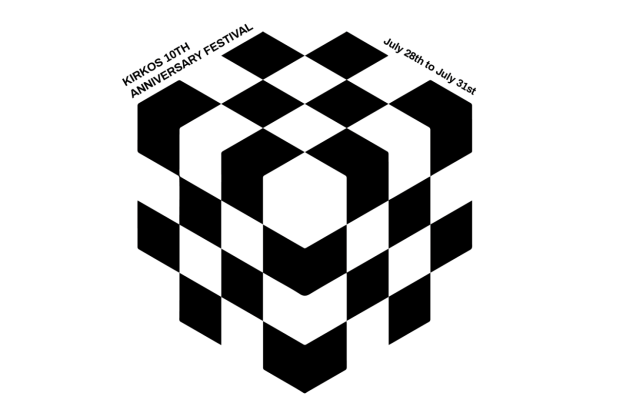