Alternating Current is a new festival from Dublin Digital Radio, an online radio station that acts as a home to all that is musically fringe in the city. Explicitly counter-cultural, experimental and exploratory, their programmes give space to creators of sound art, electronic, ambient and field recordings. DDR takes its role as a network seriously – not just as a broadcaster, but as a ‘space of commune and solidarity’, a node of connection in an expansive web of creators. Alternating Current was intended to showcase the many strands of this network.

While the live performances took place over Halloween weekend at The Complex, the festival actually began earlier in the week with the broadcast of specially commissioned radio works. It was in these works that the real value of DDR can be found – a space to create extended experimental audio works from a real diversity of audio talent. These included the repurposing of the sheer whimsy, banality and poignancy of the world’s memes into voice and electronics with Jennifer Walshe and Wobbly; an aurally anarchic and funny parable of a robot factory uprising by Yoga for the Eyes; and responses to extracts from a defunct journal on gender, Rebuilding Urania, by Renèe Helèna Browne and collaborators. The standout work in this set was Rachel Ní Chuinn’s thoughtful Patchwork or How to Repair a Hole, in which seemingly unrelated musical and textual elements are interspersed in a way that seems at first merely whimsical but reveals itself to be poignant and inescapably affecting, a tribute to caring for damaged things, and acknowledging the unfixable.

The artists in the live component of Alternating Current were almost as diverse in approach, though perhaps unified in their focus on experimentation and on the creation of a sound space that the audience could explore with them. There was a sense of tension without resolution across many of the performances – this was especially true of the opening concert, in which this unrelenting tenseness was amplified by the three performers’ use of layers of cyclical drones to shape resolution-resistant soundscapes; Aonghus McEvoy seeming to direct it towards sheer obliteration through volume, Sharon Phelan towards a tectonic throbbing, and Jane Deasy towards an evocation of forgotten music.

That said, it was the moments of more physically expressive performance that provided the necessary resolution to that tension, and which stand out most from a weekend of laptops and synths. Natalia Beylis’ (with Willie Stewart and George Brennan) unstoppable train of Halloween-themed wails and thumps; Celaviedmai’s intense, jagged rap; Ailbhe Nic Oireachtaigh’s droney, gut-strung layered fiddle; Fixity’s short and sharp jazz punches. Bonus points too for Lighght which in this context broke the mould set by earlier more ambient sets by Dreamcycles and Fulacht Fia with a loud, energetic DJ set built of constantly shifting textures.

Avant-pop
A standout from the weekend’s performances was Jenn Kirby’s set for voice and electronics. Kirby has developed a unique kind of avant-pop, using game controllers to shape synths in real time under vocals processed into a kind of digital surrealism. Her set began with wide expansive gestures (using the motion controllers of a golf game) to stretch and mould sounds, sending filters slowly sweeping and expanding through drones, and gradually became smaller and drawing inwards, just as her songs too curled inwards, becoming more inwardly focused. Eventually ending with her kneeling on the stage, seemingly punching the air to create percussion with Switch controllers, Kirby’s performance was hushed but utterly arresting.

Special mention should also be made of the fascinating inter-set installation, Department of Energy’s ‘Blackwater Valley High’, an audiovisual landscape mixtape that ‘de-romanticised’ the North Cork landscape. DOE layered fragments of field recordings, both presented as they are in the natural environment – including insects, drainpipes, cows, drone footage, streams, leaves – and in ways that acknowledge the human intervention inherent in field recording. The  installation helped tie together the performances, making individual events feel connected through a continuity of sound.

This sense of a festival as a community was immediately palpable on entering The Complex – a barebones warehouse-like space in the city centre. The audience was small but buoyant; clearly the majority of attendees were active members of the scene and knew one another, excited seemingly not only by the prospect of live performance but of experiencing each others’ work in person, and supporting their scene. 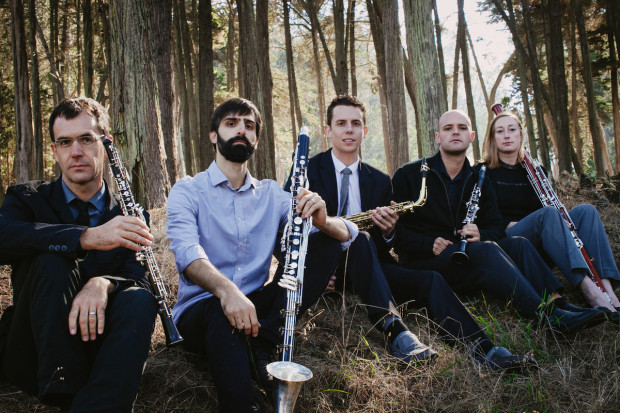