Although Covid-19 temporarily displaced it from the headlines, Ireland is still in the midst of a shortage of housing, the severity of which contributed to Fianna Fáil and Fine Gael, for the first time, even together, unable to return a majority. But ironically, even though badly needed residential buildings remain unbuilt, Dublin is jammed with tower cranes building commercial buildings. It is this irony that Kirkos have explored in ‘Music for Cranes’ (19 September), their contribution to this year’s Dublin Fringe Festival.

Even before the audience sat down, it was apparent that this concert was as much theatre as music: it took place on one of the un-‘regenerated’ banks of the Grand Canal, overlooking the tourist-friendly far bank and some cranes beyond. Kirkos were sitting on collapsible chairs with their backs to the water and with a tangle of instruments, wires, busking amps and miscellaneous props around them. This ensemble has long set itself apart from other new-music ensembles for the theatricality of its performances, often performing location-specific works (see, for example, last year’s Biosphere), and the musicians were on home ground here.

The theatricality continued with the opening blast, with Tom Roseingrave conducting from a collapsible table (on which sat a kettle and a potted plant) behind the audience. Clad in a red rain-cloak, he was the only performer who could see the cranes that were in a loose sense dictating the progress of the piece. He ‘conducted’ by speaking – ‘left’, ‘drop’ – through a walkie-talkie that had receivers set up by each performer. The musicians had individual speakers that beeped and blooped every time his channels to them opened and closed, and the overall effect was of a foreman giving instructions from his portacabin. Though it was never made explicit, what I think was happening here was that Roseingrave was reporting movements by the cranes behind the performers, which movements had pre-decided musical interpretations. It being a Sunday evening concert, the cranes looked still to me, and I suspect these reports were fabricated. Still though, it was a nice idea.

Reports by renters
Also nice was another element of the concert: Roseingrave shouting out various texts – corporate gumpf, reports by renters of their situation, depictions of utopian housing – through his own amp, while the rest of the ensemble improvised noise that was often dirty and aggressive, but always sonorous. One other, brief, element was when, about halfway through, some of the performers left their seats to do something on the concrete behind them – I investigated after the concert, and it turns out that they had been building a miniature village on a pile of sand. This, too, was a nice idea.

However, I’m not sure that all these nice ideas came together into something that was particularly successful as a whole. ‘Let’s see what happens if we pretend that cranes are musical notation’ is a cute starting point, and one with political resonance, but what exactly is the connection between cranes and chance music and the imbroglio of the housing crisis? What exactly was Kirkos trying to say in this concert, and who exactly did they think needed to hear it?

The concert ended rather bathetically with a delicate drone over a voicemail of a man who was, by his own account, reflecting aimlessly about the significance of a new social housing development. Unfortunately, and despite the host of nice conceptual and musical ideas, ‘aimless reflections’ was how the whole concert felt. We have been living with this housing crisis for too long for it to be artistically or politically interesting to simply draw attention to it without probing more deeply. 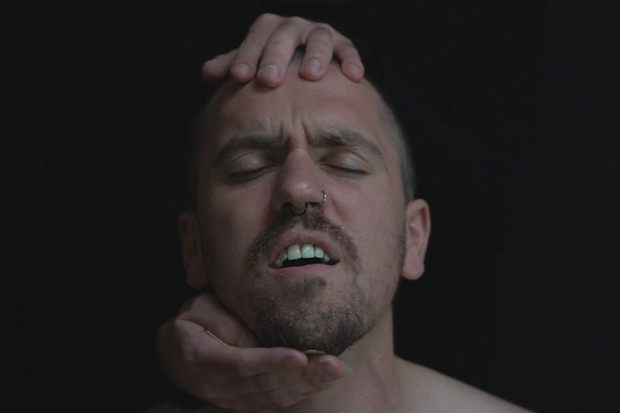