Founded in 1997, The Mornington Singers move elegantly into their second decade with an accomplished collection of a cappella performances.

Based in Dublin, the 36-strong mixed voice choir was begun by graduates of Trinity College who were keen to continue singing together. Today it draws its members from as far afield as Slovakia, the United States and Australia. So it should come as no surprise that the selections for this follow-up to the group’s debut album, 2002’s Sacred, should be so internationalist in its outlook.

Solas, as the word implies, takes music that responds in some way to divine light as its theme. Inevitably that translates into music with a religious bent, although the presence here of Rautavaara’s Lorca Suite allows for a brief moment of secular respite.

Arvo Pärt’s Nunc Dimittis makes much of the discords that accrue from his tintinnabuli technique and the telling moments of silence with which he points and punctuates the work. A similar kind of sobriety is key to John Tavener’s sombre, slow-paced eulogy Song for Athene. The false and forced drama that all too often this work appears to solicit in performance is eschewed here in preference for something altogether more measured, reflective and touching.

A homegrown element is provided by Stanford’s vividly contrasted motet Justorum Animae and Caitríona Ní Dhubhghaill’s Is Naofa Thú. Commissioned by the Mornington Singers for its tenth anniversary last year, it sets the text of the Sanctus in Irish to a note-row melody that elliptically calls to mind the stringency of sean-nós technique before concluding in a flattened seventh sunburst of Hosannas that inks in the native accent to subtle but certain effect.

Other pleasures are to be found in Frank Martin’s feathery Agnus Dei, Cyrillus Kreek’s sweetly naive setting of Psalm 104 in the comforting warmth of G major, and the Ecce Quomodo of Albert Alcaraz, a haunting set of Tenebrae responses. Elgar’s beautiful Lux Aeterna, an arrangement of Nimrod from the Enigma Variations, rounds things off in suitably tranquil fashion.

Throughout, conductor Orla Flanagan places an obvious emphasis on purity, beauty and variety of sound, but never at the expense of clarity or coherence. Bill Whelan’s subtle production frames a choir – who recently and deservedly won third prize at the Fleischmann International Trophy Competition in Cork – at the top of their not inconsiderable form. 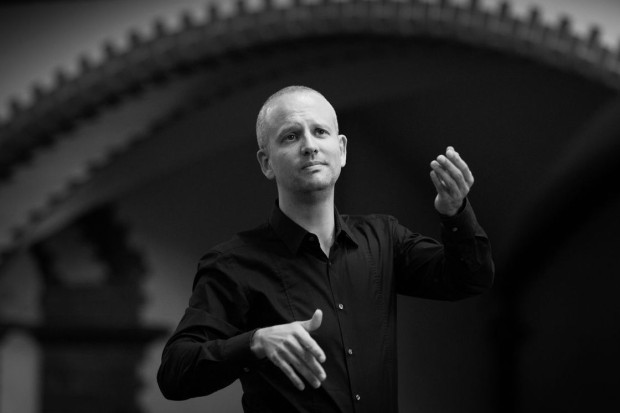