On one of my first visits to Dublin I went in search of some place to change my Dutch guilders and was sent to a beautiful building. It turned out to be the Bank of Ireland in College Green. I wandered around looking for an entrance and found a door wide open: on the door a poster said ‘Mostly Modern Series’. I read the names of the pieces to be performed that day and came to the satisfactory conclusion that Dublin was obviously not a backwater where contemporary music was concerned. Composers that were close to my heart and ear, like Kurtag and Ligeti, seemed to be equally cherished here, at least by some enterprising eccentrics. I had already met many. From Strasbourg to Vienna, from Paris to London and finally Sligo, where I was to meet another guilty member of the ardent contemporary music promotors’ league in the shape of Ben Dwyer.

While I was still wiping the sweat off my brow after perfoming a fascinating piece by John Buckley based on an Irish folksong, Ben Dwyer approached me about the Mostly Modern series. Did I want to sing with Vox 21 in a Berio program? I did and consequently met with the Vox 21 band, who turned out to be of the high standard of other ensembles I had worked with and maybe a little more fun to be with. It was a musical experience I wanted to repeat.

But here I am, just home from a concert in the Concertgebouw of Amsterdam where the Concertgebouw Orchestra performed a new work of the Chinese composer Tan Dun. Tan Dun, with whom I have often worked, is a composer who is based in traditional Chinese folk music and seems to be able to play with it in his own classical comtemporary style; a composer who expressed the wish for me to come to Ireland and have his music performed there – I showed him the flyer of the Mostly Modern series of course.

At which I am to perform again, this time in an all Dutch program including the works of Louis Andriessen and Theo Loevendie.

Theo Loevendie’s Turkish Folksongs came my way through the Amsterdam-based Nieuw Ensemble. We were going to perform them at the Concertgebouw and a couple of other venues in Holland. Although I was familiar with Mr Loevendie’s musical language I did not know these very beautiful songs all based on folksongs and keeping close to their roots in a similar way to Luciano Berio’s treatment of his famous Folksongs. One could say that the songs are still the original ones and that the composers wrote around them to add their own colour.

I have been raised by a mother who excelled in singing Russian, Servo-Kroat, French and other folk songs and have a nostalgic ear for these melodies which for me can often in their simplicity be the base and pure beauty of the ultimate songline.

Hotel guests in various European countries must have heard throaty and squealy sounds coming from my room as I started studying these songs while touring a Mozart opera. Mozart is a different kind of balm for the voice then Loevendie’s songs, which actually made my voice more agile. When music is well written, not taking any century into account, a trained voice should be able for it. So I was enjoying myself sitting on my hotel bed and blissfully ignoring my entourage.

Back home I was invited by Theo to his house to work through the songs. Theo Loevendie lived in Turkey and was married there for quite a number of years. He became familiar with classical Turkish music and used their songs and scales for his compositions. Surrounded by his menagerie of pets I slowly moved into the world of his music.

That all happened a couple of years ago, the songs went with me, my mother died, and I also went to Turkey and met people that would take instruments off the wall in bars or cafés and play and sing their traditional music for me. They would leave me behind on a dark beach with a couple of notes as a memory: the same songs Theo Loevendie captured for his work.

And now this Irish series Mostly Modern is turning into a tradition and Vox 21 are picking up their instruments to create pleasant memories. I am looking forward to working with them again. Is there an Irish composer – Raymond Deane, Ben Dwyer, John Buckley, and the many others that I have heard in the mostly Modern series – who will pick up some Irish folksongs and produce their original version?

I like to imagine such a work going around many Mostly Modern series in a number of cities in Europe and the US. 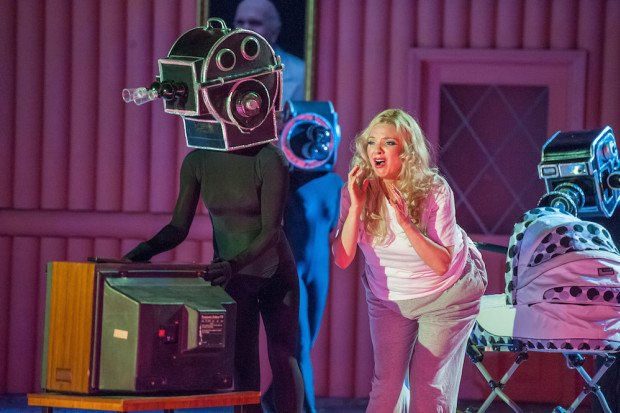