With their latest album, 'Atlantic Edge', The West Ocean String Quartet have won widespread acclaim for their effortless combinations of classical and traditional music. In its review of the album, The Irish Times described it as “a musical odyssey to soothe and stimulate the imagination long into the night”.

Transmitting from NCH, Tradition Now comprises two marathon concerts reflecting the diversity of contemporary traditional music and will include strings and voices stretching from the sublime to the visceral tracing a path from Ireland, to Norway and America.

Nils Okland is arguably the finest hardanger virtuoso at work today. His sparse concerts touch on moments of sublime beauty and near silence. Regular Irish visitor Sam Amidon’s latest self-titled album is fullest realisation to date of his artistic vision as he performs radical reworkings of mostly traditional folk songs. Elizabeth LaPrelle has been performing Appalachian ballads and old-time songs since she was eleven. Her magnificent voice, her respect for the songs, and her authentic mountain sound and style has won her widespread acclaim. Saileog Ní Cheannabháin is a musician, singer and composer. A native Irish speaker her sean-nós singing style is mainly influenced by singers from Iorras Aithneach in the Connemara Gaeltacht, where she spent a lot of time over the years. John Francis Flynn is a singer and multi-instrumentalist whose work centres around traditional and folk material from Ireland and further afield. He is a founding member of the band, Skipper's Alley.

Hosted by DJ, radio presenter and filmmaker Donal Dineen, Tradition Now will be available to stream for one week.
Presented by National Concert Hall Dublin. 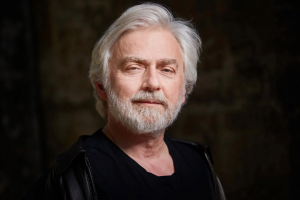