Violin virtuose duo Lucia Mac Partlin and Maria Ryan will return to the Whale Theatre on September 25th, to present you with their amazing new duo ‘Lucia and Maria’.  The pair met while studying in Cork, where they also formed contemporary Traditional Irish quartet Strung. In their compositions and arrangements they combine their traditional, classical and folk influences to stunning effect. The duo completed their Masters' at the University of Gothenburg in Sweden before returning home to Ireland to record their debut album ‘Live at the Chapel’ . Lucia and Maria will perform a concert of new music this time, their aim to forever push the boundaries of fiddle music and enthrall audiences worldwide.

Lucia Mac Partlin from Ballina, Co Tipperary began playing the fiddle at the age of four. While she first started off playing classical music, she quickly began to develop an interest and a love for traditional Irish music and has since become an accomplished player in many different genres. She is the winner of many national titles, including the Fiddler of Donney, the International Pan Celtic title and has numerous All Ireland titles from Fleadh Cheoil na hEireann. Lucia completed her BMus degree at the Cork School of Music where she studied under Gregory Ellis and Johnny McCarthy. She also Completed her MA in performance at both he Bork School of Music and the University of Gothenburg in Sweden where she undertook to learn some Swedish Folk music. Lucia has performed around the world with many different ensembles and orchestras including The Ulster Orchestra, The University of Gothenburg Symphony Orchestra, Backfall, Suptrio and Atlas. Lucia performs on an Ian Knepper violin, supported by Music Network’s Musical Capital Scheme, funded by The Department of Culture, Heritage and the Gaeltacht. Music Network is funded by The Arts Council.

Maria Ryan is a violinist from Pallasgreen, County Limerick. In 2015 she graduated with a first class honors BMus Degree from CIT Cork School of Music and has recently completed the second year of CSM’s Masters in Performance whilst an Erasmus in Gothenburg, studying with Oyver Volle. Maria won the Senior Concerto Competition in her final year of studies in Cork School of Music and performed as soloist with the Cork School of Music Orchestra and the University of Limerick Orchestra., She studied with Elizabeth Charleson in CIT Cork School of Music and previously with Eileen Hudson and Simon Dalton in Limerick School of Music. A versatile musician, Maria has travelled extensively performing Irish Tradition Music, Jazz and Bluegrass. Maria has also toured with Ireland’s leading contemporary orchestra “The Crash Ensemble”. She performs on a Claude Lebet violin, supported by Music Network’s Music Capital Scheme, funded by The Department of Arts, Heritage, Regional, Rural and Gaeltacht Affairs.

Tickets are priced between €20/€18 and can be purchased at www.whaletheatre.ie 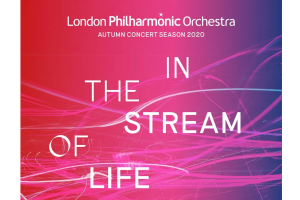